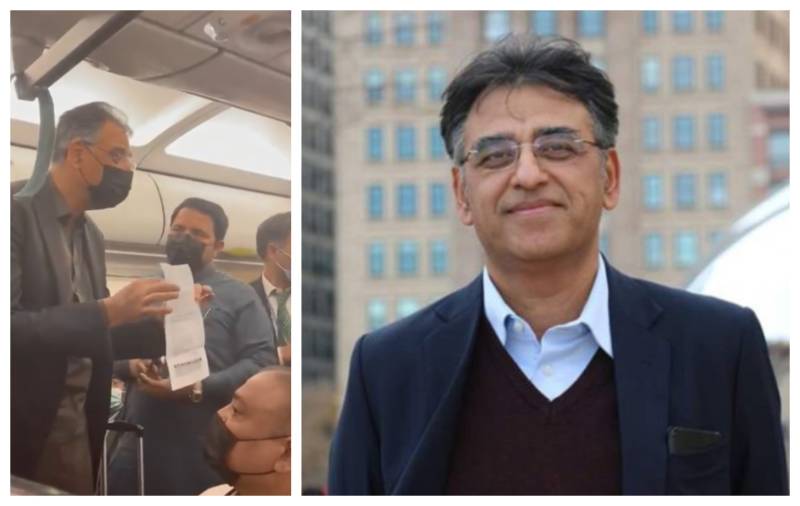 ISLAMABAD – The Federal Minister for Planning, Development, and Special Initiatives Asad Umar left the plane following a dispute with crew of Pakistan International Airlines (PIA) over allotting his seat to other passenger.

A video recorded by a passenger shows the minister is arguing with the staff and the passenger. He can be heard saying: “Ye mera ticket hai, ye maine paisay de k lya ha aur ap mujay koi favour nai kar rahary” [I have a ticket and I have paid for it. I am not seeking any favour from you].

The dispute continued for more than one hour after which Asad Umar left the plane. In the video, Federal Minister of IT and Telecom Syed Aminul Haq was also boarding the same flight going to Karachi from Islamabad.

It is not clear if he took the flight or not but it was delayed for more than an hour.