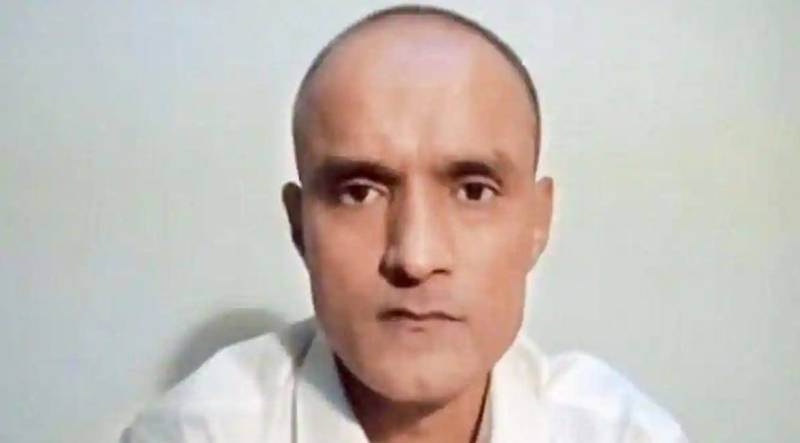 ISLAMABAD – Foreign office said on Friday that the Indian government was looking for an escape from the legal proceedings in the case of Kulbhushan Jadhav, who has been awarded death sentence by a military court over terrorism activities in Pakistan.

The FO in a statement said that casting aspersions on the Indian High Commission’s own legal counsel exposed the aims of New Delhi.

“Pakistan categorically rejects incorrect and misleading assertions made by the Indian Ministry of External Affairs (MEA) regarding the legal proceedings currently taking place in the case of Indian Naval Commander Kulbhushan Sudhir Jadhav,” said the FO in a statement.

The Government of India is reminded that in pursuance of the judgment of International Court of Justice (ICJ), Pakistan had invited the Indian High Commission to meet with Commander Jadhav and appoint a lawyer on his behalf so that proceedings to review and reconsider Commander Jadhav’s conviction could commence.

However, during the course of diplomatic exchanges, the Indian High Commission refused to instruct a lawyer itself, as in their view this would amount to a waiver of India’s sovereign immunity.

Resultantly, the government of Pakistan was constrained to initiate proceedings for appointment of a state counsel for Commander Jadhav.

During the course of the proceedings, to show the discrepancy in the Indian position, the Attorney-General for Pakistan (AGP) cited the case of Muhammad Ismail, an Indian national currently in Pakistan’s custody, where the Indian embassy had instructed Mr. Noon as its lawyer.

Contrary to the false statement by the MEA, no attempt was made to link the cases of Commander Jadhav with another Indian prisoner Ismail.

The FO said that the two cases are and remain entirely distinct. Reference to the case of Ismail was only for purpose of showing the discrepancy and inconsistency in the Indian position.

It is reiterated that in line with the judgment of the ICJ, Pakistan has already provided consular access to the Indian High Commission twice and has taken all necessary steps for effective review and reconsideration in the case. The offer of a third consular access is still there.

The Indian side is once again urged to desist from the use of its usual diversionary and dilatory tactics and instead take practical steps so that legal proceedings could be duly concluded and full effect could be given to the judgment of ICJ.

The Pakistani government had approached the high court in July 2020 to appoint a legal representative for Jadhav as India was reluctant to do the same.

The move was made in the light of the ICJ's July 17, 2019 decision, following which the International Court of Justice (Review and Reconsideration) Ordinance, 2020 was enacted to implement the court's verdict.

According to the petition, Jadhav had refused to file a petition against his sentence.