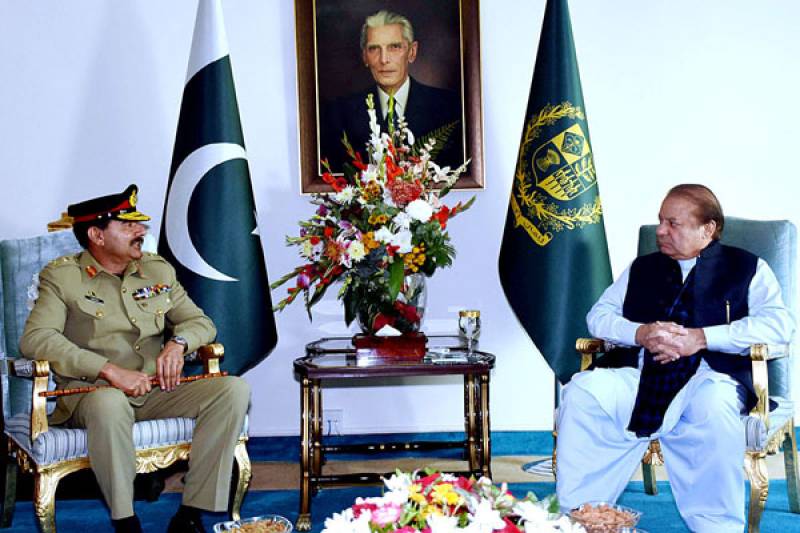 In his remarks at the luncheon, the Prime Minister said General Rashad Mehmood performed his duties with “skill, competence and complete commitment”.

The Prime Minister said General Rashad was chosen for this prestigious position for his leadership qualities and because of his vision for armed forces as more versatile and responsive outfits.

“His elevation to this position also hold itself to the fact that we needed a military leader who could give candid and sincere advice to enable us to tackle threats from terrorism and other external sources,” he said.

The Prime Minister said as Chairman Joint Chief of Staff Committee, General Rashad Mehmood fulfilled his responsibilities to enhance the operational capabilities of armed forces, inter-services cooperation and developing well-integrated force for the defence of the country.

“General Rashad Mehmood, you served the nation well. The armed forces benefitted from your leadership and we are proud of you. You will always be held in the highest of esteem by all,” he said.

The Prime Minister mentioned that General Rashad also worked to develop the close relationship with military leaders of the friendly countries, earning high praise for his military diplomacy.

“His capacity as CJCSC dedicated himself to the strengthening and up gradation of strategic forces, a task that he performed outstandingly well,” he said.

“We hope to continue to rely on your wisdom and you will find our doors and hearts always open for you. May Allah bless you and your family with continued happiness, prosperity and success in all your endeavours,” the Prime Minister added.

General Rashad Mehmood will retire from his service on the 27th of this month. --- APP