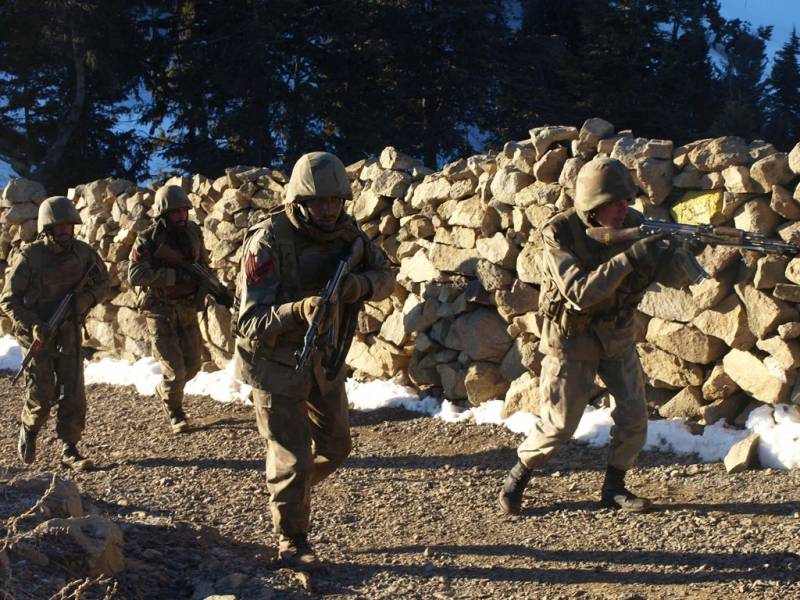 The terrorists have been identified as Zubair and Aziz-ur-Rehman, who was the chief of the banned outfit in Sindh capital

Many other terrorists were also arrested during the Bajaur operation, according to the Inter Services Public Relations (ISPR).

The Bajaur operation comes only a day after the law enforcement agencies foiled a terrorism plot and arrested three terrorists of the banned Tehrik-e-Taliban group in Karachi.

According to a spokesperson of paramilitary Rangers, in an intelligence-based joint operation, Sindh Rangers and Police conducted raid in Gulshan-e-Maymar in Karachi and arrested three terrorists affiliated with banned Tehrik-e-Taliban group.