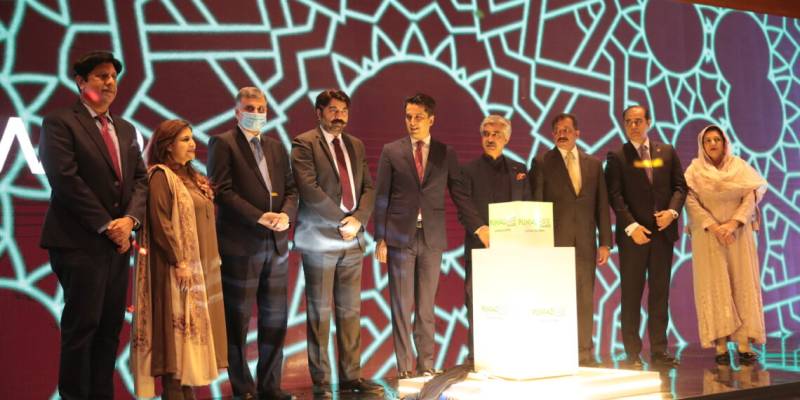 DUBAI - Minister for Industries, Commerce, Investment and Skill Development Mian Aslam Iqbal Punjab has said Punjab is rapidly becoming the hub of investments with a total potential investment of Rs45bn in the pipeline across various sectors from around the globe.

The minister said this while witnessing the signing of around 20 MoUs during the Punjab International Business conference organized in Dubai International Financial City here on Monday.

The conference was organized by the Punjab Board of Investment and Trade (PBIT) as part of their #PunjabEase Going Global initiative and promotion of Punjab at the Pakistan Pavilion, Expo 2020 Dubai.

The event was hosted by the Minister of Industries, Commerce, Investment, and Skill Development Department of Punjab, Mian Muhammad Aslam Iqbal on behalf of the

Chief Minister of Punjab, Usman Buzdar. The Ambassador of Pakistan to the UAE,  Afzaal Mahmood was also present at the conference, along with a number of local dignitaries, members of the local and international business community, Pakistani diaspora, and investors from the U.A.E.

The conference focused on Punjab's economic prowess and the numerous investment opportunities it presents to the world. The CEO of the Punjab Board of Investment and Trade, Dr. Erfa Iqbal gave an attractive speech highlighting the potential for business and investment in Punjab, emphasizing the fact that the province was on its way to becoming the next investment destination of choice for investors all over the globe.

Mr. Mian Muhammad Aslam Iqbal introduced two new initiatives being undertaken by the Government of Punjab, in an effort to promote and facilitate investments and the growth of start-ups in the province.

The first initiative is the Investment Portal, an online resource center that is being launched to aid investors and businesspeople in Pakistan and abroad. This is being launched in parallel with the start-up moot and project exhibitions being displayed at the Pakistan Pavilion, to ensure the timely facilitation of actual or potential investors. The second initiative is the U.A.E Help Desk, office space is set up in the United Arab Emirates, by the Government of Punjab that aims to attract investment to Punjab from the U.A.E business community.

The Ministers of the Finance Department and Industry Department of Punjab also gave speeches, further highlighting the importance of Punjab as Asia’s next business hub. The gathering provided a very promising glimpse into the economic future of the province, consequently attracting a large amount of interest from the esteemed audience. PBIT continues to impress and inspire at the Expo 2020 Dubai, fulfilling its goal of securing Punjab’s future as the land of investment and opportunity.

#PunjabEase at the Pakistan Pavilion is currently showcasing the history, multiculturalism, hospitality, contemporary entertainment, and emerging modernity of the province via a series of concerts, seminars, business conferences, and webinars by various departments of the Government of Punjab.

#PunjabEase is highlighting the province of Punjab as the “next” investment and business destination in a new light. These efforts are aimed at generating a consistent stream of foreign spending in Pakistan that will directly benefit local businesses in the hotel and hospitality, estate development, and tourism industries for the long run.