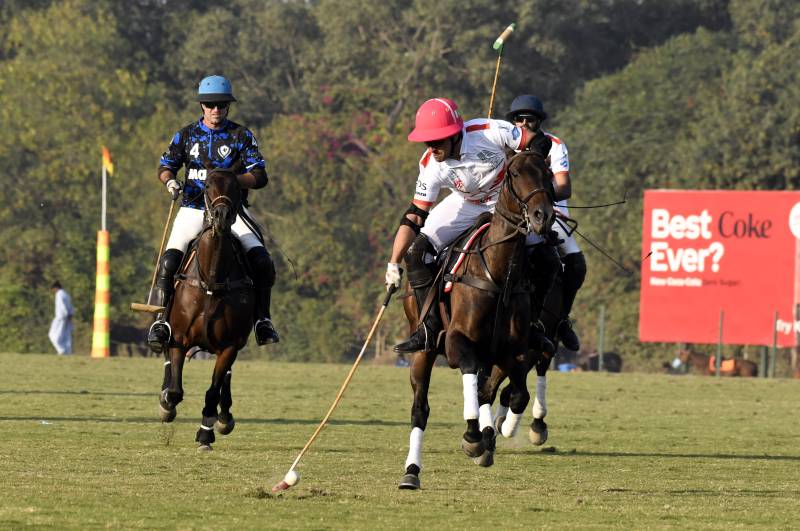 LAHORE – An intriguing semifinal line-up is in the offing at Aibak Polo Cup 2022 following the completion of the league matches, which have seen some fantastic matches taking place at the historic Aibak Polo Ground.

On Thursday, some challenging encounters for the place in the subsidiary final will amuse the spectators while both the semifinals will be contested tomorrow (Friday) to decide the finalists. The first semifinal will be played between Newage Cables/Master Paints and Diamond Paints at 2:00 PM while FG/Din Polo will vie against Remounts in the second semifinal at 3:00 PM.

On Wednesday, last two league matches were played and both the encounters proved one-sided affairs. The first encounter saw Remington Pharma thrashing Rijas by 10-3½. Hamza Mawaz Khan was the hero as he fired in fabulous five goals while his teammate Ahmed Zubair Butt hammered a hat-trick of goals and Basil Faisal Khokhar banged in a brace. For Team Rijas, which had a one and a half goal handicap advantage, Bilal Haye and Mustafa Aziz scored one goal apiece.

Master Paints Black outsmarted Salam Polo team by 9-3 in the second match of the day. Manuel Carranza did the magic with mallet and polo pony and smashed in superb seven goals while Sufi Haroon and Sufi Muhammad Amir converted one goal each for Master Paints Black. Nicolas Ruiz Guinazo thrashed in three goals for Team Salam Polo.