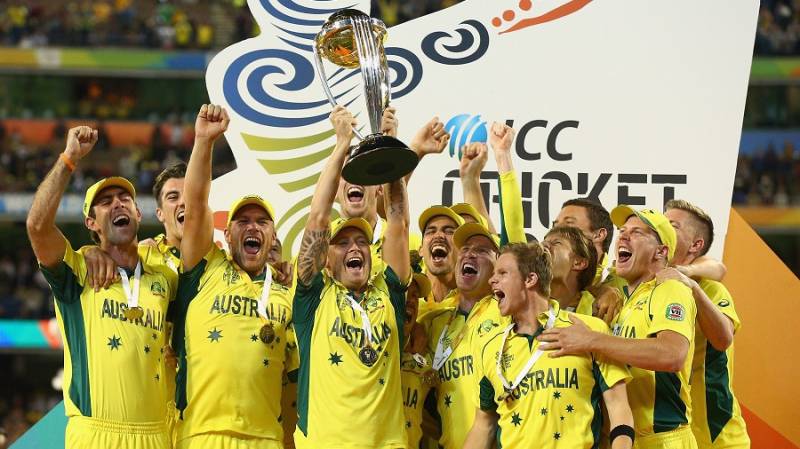 Australia while chasing an easy target of 184 runs lost its wicket in the very first over but later on the batsmen presented a responsible cricket. The team chased the target in 34th over successfully.

The skipper M Clarke remained the most successful batsman who scored 74 runs . Smith and Warner contributed 56 and 45 runs respectively.

New Zealand’s MJ Henry picked 2 wickets whereas Boult managed for one wicket only.

Earlier, Brendon McCullum won the toss and sent his team in to bat, but the New Zealand skipper was bowled for a duck in the first over and two further top-order wickets went cheaply as the co-hosts slumped to 39-3 by the 13th over.

Grant Elliott (83) and Ross Taylor (40) put on a 111-run stand before fast-bowling all-rounder James Faulkner crashed through the partnership with a three-wicket spell, and the tail enders quickly crumbled as New Zealand were bowled out for 183 with five overs to spare.

Some 90,000 fans at the vast stadium and millions of television viewers around the world followed the blockbuster title clash between the two best teams left standing in the 14-nation, six-week event.

Brendon McCullum's Black Caps won eight matches in a row, including a one-wicket victory over Australia in a low scoring pool stage thriller in Auckland a month ago.

Then at the same Eden Park last Tuesday, New Zealand downed mighty South Africa in a nerve-tingling semi-final with a penultimate-ball six by Grant Elliott.

Both sides had fielded teams from their semi-final wins, with Australia sticking with the same side that beat world champions India in Sydney.