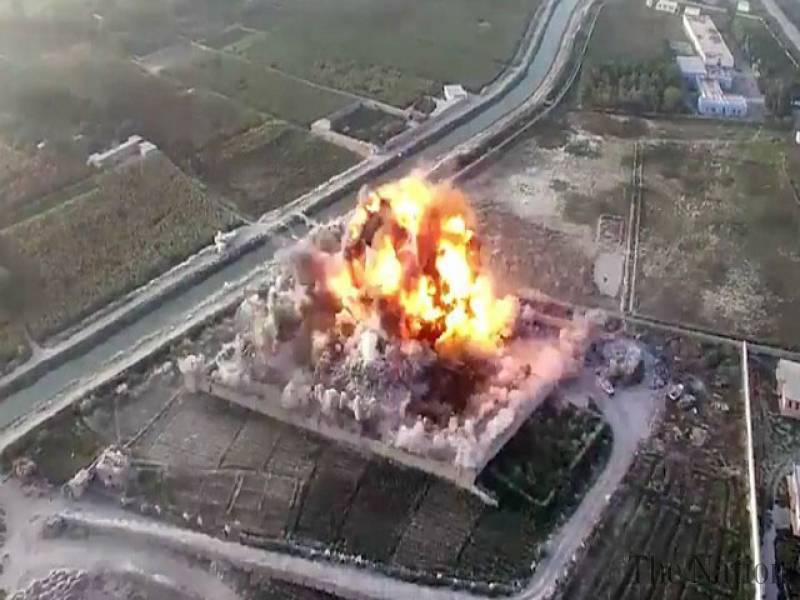 KABUL - In what appears to be a  strange move, the Afghan Taliban have released a drone footage showing a suicide bomber blowing himself  up inside a police base in Helmend province.

Although drone camera has been used by tech-savvy Islamist groups fighting in Iraq and Syria but the latest aerial video by Afghan Taliban is unusual.

The 23 minutes long video begins with the purported suicide bomber speaking in front of a military vehicle, provided to Afghan forces by American advisers.

“This is the happiest moment of my life,” the man said, clad in a black turban and white tunic.

“I am telling the Afghan stooge forces to repent and join the Taliban or we will use this equipment the foreigners gave them, against them and they can’t do anything about it” he added.

Later, a drone-mounted camera captures the harrowing moments when the vehicle enters into the middle of the base without much resistance before being detonated.

A government official in Helmand said the district police chief and several other officials were killed in the attack on Oct 3. The official, who spoke anonymously, claimed the video depicting the attack appeared to be authentic.