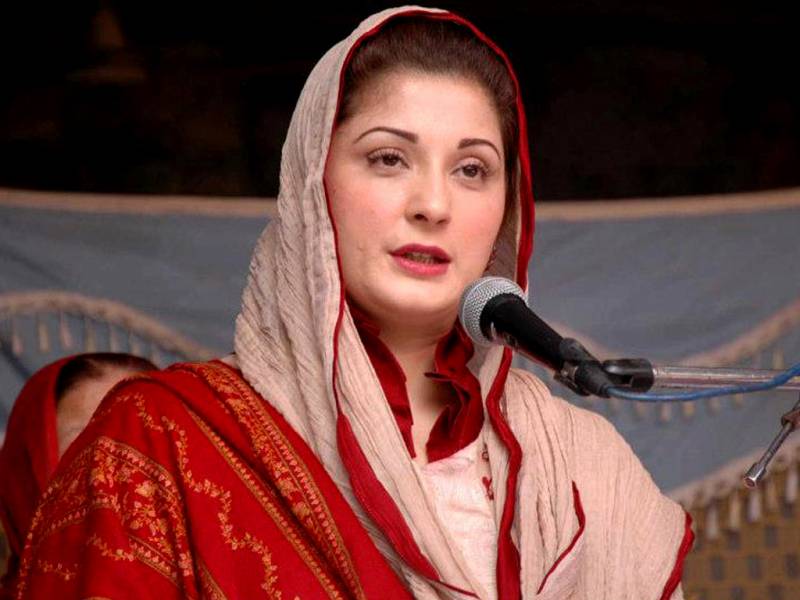 LAHORE - Pakistan Muslim League-Nawaz leader Maryam Nawaz was also admitted on Wednesday to Services Hospital after he suffered an anxiety attack while meeting her ailing father at the same hospital.

Maryam Nawaz has been admitted to VVIP ll, while the PML-N supremo is admitted in VVIP-l.

Maryam Nawaz underwent a medical examination at the hospital. The doctors said that it was an anxiety attack and she has been advised to take rest.

The daughter of former prime minister earlier reached the Services Hospital to visit her father after she was allowed by Punjab government.

A high-level meeting was called today to discuss the deteriorating health of Sharif, who was shifted to Lahore’s Services Hospital from a detention facility of the National Accountability Bureau (NAB) Monday night.

Nawaz Sharif is suffering from platelets disorder as his body is not producing them. The disease could lead to bleeding from any part of the body.

The transfusion of three mega units of platelets had been conducted within hours after his admission to control the situation.

Sources said the officials, in the meeting, decided to allow the former premier to leave the country for his medical treatment.

The supreme leader of Pakistan Muslim League-Nawaz is likely to be shifted to London through a special flight by Thursday, the sources added.

Meanwhile, Pakistani TV anchor Kamran Khan, in a tweet, said that he was confirmed by two key persons in the government that the health condition of the former premier is not stable.

“If the disease is not diagnosed and his body does not start producing the platelets in next 24 hours, he will be allowed to go abroad for the treatment,” he added.

Prime Minister Imran has been intimated that the government should take the matter seriously, he wrote

A NAB team had taken Sharif into its custody from Kot Lakhpat jail Lahore where he is serving a seven-year imprisonment in the Al Azizia Mills corruption case and presented him before the judge of an accountability court for his physical remand.