One Pakistani among 15 pilgrims died during Waquf-e-Arafat 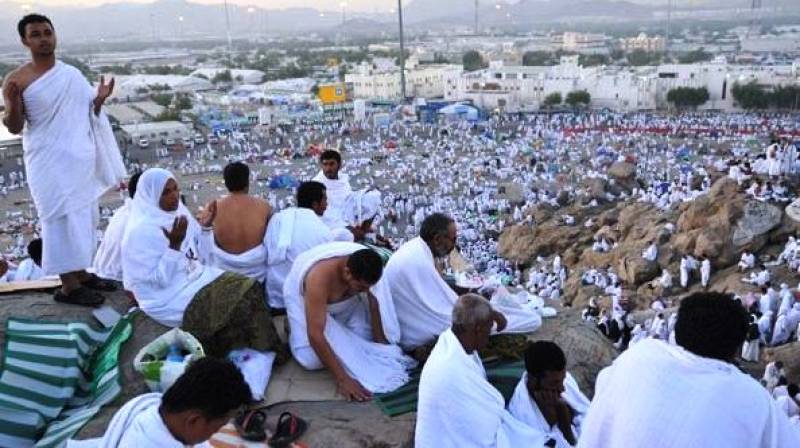 MAKKAH (Web Desk) - While pilgrims are leaving for Muzdalifah from Arafat Arab media has claims that as many as fifteen more pilgrims have died during Waquf-e-Arafat which is the most important ritual of Hajj.

On Wednesday over 2 million Muslim pilgrims had gathered in Arafat to listen to the sermon of grand Saudi Mufti as part of Hajj.

According to media reports those who died during stay in Arafat hailed from Indonesia, Malaysia, Russia, India and Pakistan. At least one pilgrim who died today belonged to Pakistan.

Earlier at least 109 pilgrims died in Makkah's Grand Mosque when a crane collapsed due to heavy storms and rains. Around 300 pilgrims who injured due to crane collapse are said to be under treatment still.