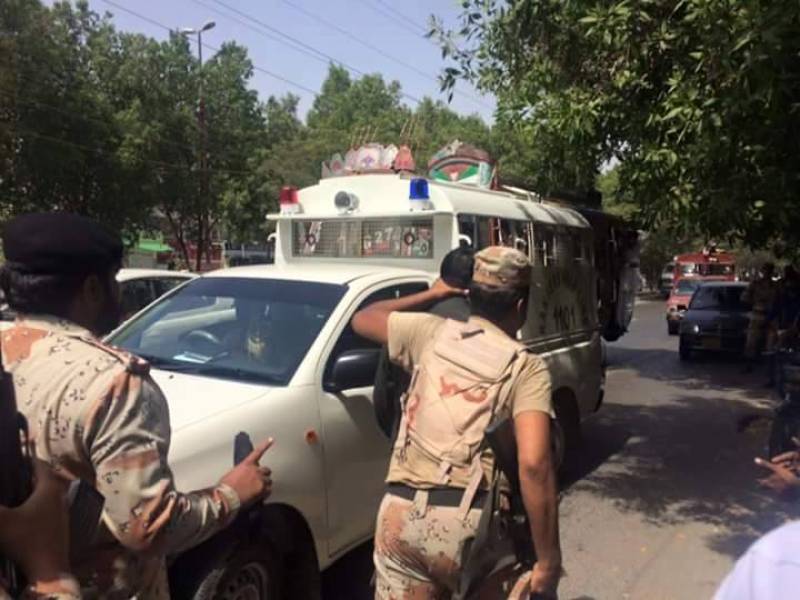 The policemen identified as Shah Mohammad and Abdul Ghani were afterwards handed over to Sindh Police which registered an FIR against them.

The policemen were held by Rangers personnel upon complain of a cattle seller who alleged that they had snatched his money.

An eyewitness, who maintains an unofficial page of Sindh Police on Facebook, described the whole story as following:

I was leaving for work , Police grabbed cash from a cow seller near my place during snap checking . He called Rangers...