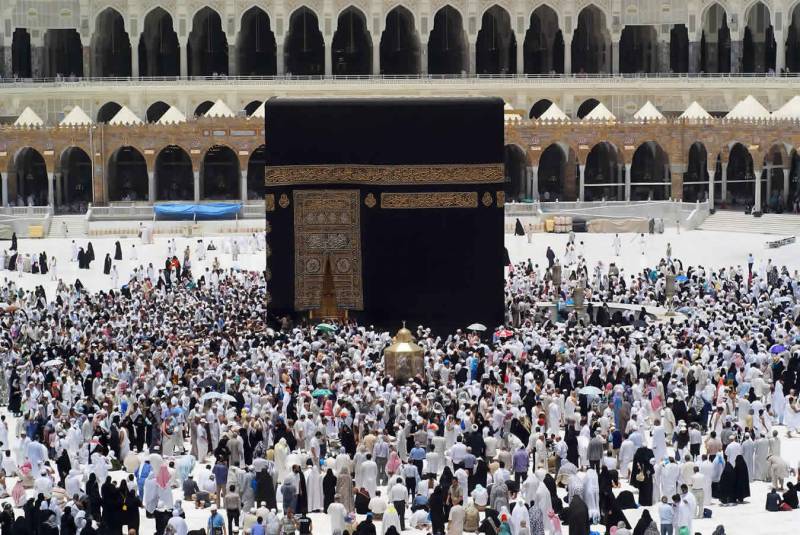 Announcing the Hajj policy at a news conference in Islamabad today, Minister for Religious Affairs Sardar Muhammad Yousaf said that the government and private Hajj group organisers will operate on a 50-50 quota.

The Minister said that the banks will accept Hajj applications from 27th of this month till 8th of next month. Balloting will be conducted this year to select the successful Hajj applicants as against the last year's policy of first come first served basis. Hajj applications can be submitted with the specified branches of ten different banks.

The policy states that anyone who has performed Hajj during the last five years will not be eligible to perform pilgrimage this year except for those people who will be going as ‘Mehram’ or the ones performing ‘Hajj-e-Badal’.

The Minister said the government has reduced the Hajj package for the North region that includes Punjab and Khyber Pakhtunkhwa by seven thousand two and sixty rupees from 2, 72 231 to 264,971. The package for South Region that includes areas of Sindh and Balochistan has been cut by six thousand two hundred and sixty rupees from 262,231 to 255,971 rupees. The Hujjaj who opt to perform their Qurbani through government scheme will have to pay additional fourteen thousand, two hundred and ten rupees.

Under the government scheme, the Hujjaj will be provided food in Mecca, Madina and Mina as per the practice of last year.

Sardar Muhammad Yousaf said the airfare has been reduced to 98, 700 from 107,700 for the North Zone while the airfare for South Zone has been cut to 89, 700 from 97, 700 rupees. He made it clear that there will be no free Hajj this year as per the past tradition.

Machine readable passports, computerized national identity cards and medical certificate has been made mandatory for the Hujjaj.

Sardar Muhammad Yousaf said under the goverment scheme, fifty percent intending pilgrims will be airlifted directly to Madina and fifty percent to Jeddah.

He said no new Hajj group organizers will be given quota this year.

He said the Hujjaj will be provided with five liters of Zam Zam at Pakistani airports on their return from the pilgrimage.