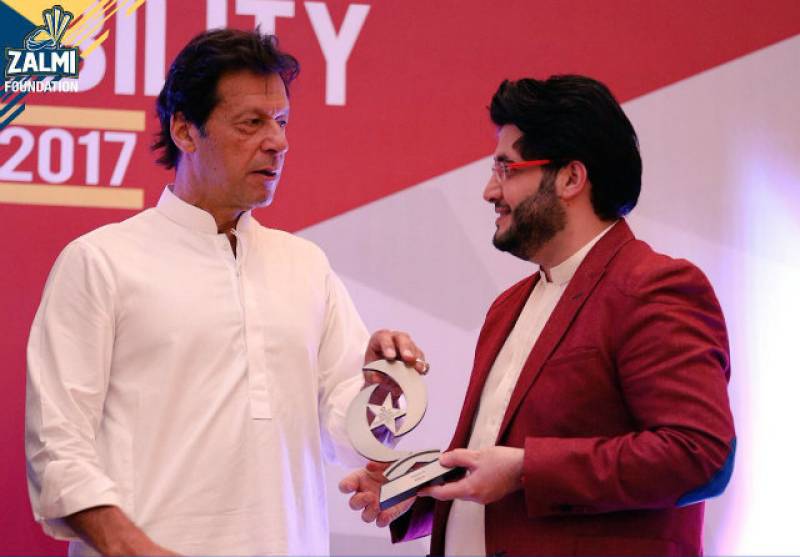 Javed Afridi, the chairman of Peshawar Zalmi, took to Twitter to appreciate Shaukat Khanum Memorial Trust Board of Governors Chairman Imran Khan for recognising his Foundation with the SKMCH Award.

I’d like to take this moment to appreciate @ImranKhanPTI for recognising @pzfoundation with Shaukat Khanum Social Responsibility Award 2017. Privileged to receive this award and vouch to contribute towards our soil & making our country a better place to live in. @SKMCH pic.twitter.com/X0BMVFNeUU

“Privileged to receive this award and vouch to contribute towards our soil & making our country a better place to live in,” Afridi wrote in his tweet.

At the event, heads of more than one hundred corporate organisations were served with CSR Award for their continuous support to the Pakistan’s most trusted charity organization.

Javed Afridi, who is known for his charity, recently came up with initiatives to promote the young talent in Khyber Pakhtunkhwa province.

This January, the Zalmi Foundation signed a Memorandum of Understanding (MoU) with Khyber Pakhtunkhwa’s Elementary & Secondary Education Department for Zalmi School League to promote sports in the province.

The league is first of its kind in Pakistan and only the third school cricket league worldwide after South Africa and Sri Lanka.

Last year, the Foundation took an initiative for the Khyber Pakhtunkhwa (KP) and Federally Administered Tribal Areas (Fata) cricket by launching #HaierZalmi100Pitches project to help the cricketers across the regions.

PESHAWAR - Peshawar Blues clinched the trophy of the first edition of the Zalmi School League, jointly organised by ...

Working under the motive of #BringBackSmiles, the purpose of Peshawar Zalmi’s project is to provide pitches to the youth who don’t have access to them to showcase their talent.