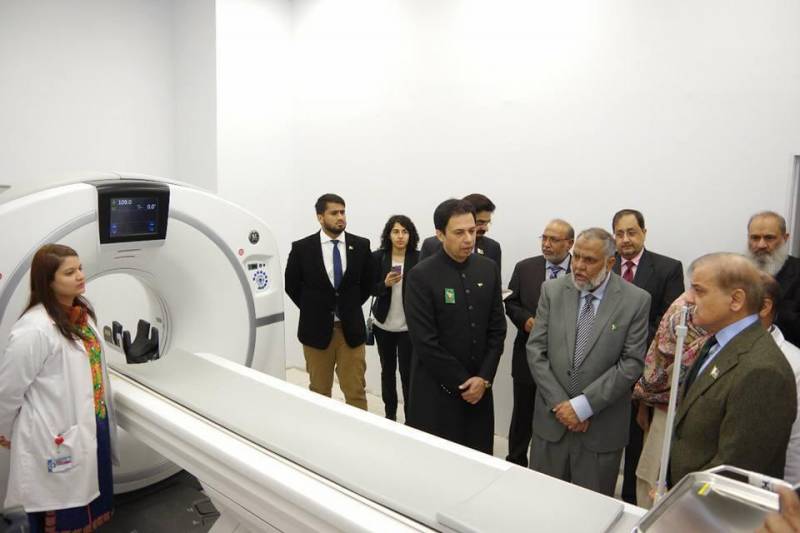 LAHORE – Prime Minister Shehbaz Sharif visited Pakistan Kidney and Liver Institute (PKLI) today where he expressed discontent for poor services at the public healthcare facility which was inaugurated by the PML-N government.

Speaking to the media, the premier slammed Imran Khan-led government for ‘ignoring this public healthcare facility’.

During the visit, he also questioned PKLI staff whether the medical equipment were procured with the Rs90 million donations given to medical center during his last tenure. However, the administration failed to satisfy the premier.

Prime Minister visited different blocks of the hospital and was briefed about the issues, he also directed to present a detailed report on operational issues in next 48 hours. pic.twitter.com/KLlAikf8kd

Free of cost medical treatment was given only till 2018 and then the hospital remained closed for two years, Sharif said, adding that an attempt was made to destroy the key project of Pakistan Muslim League Nawaz.

Meanwhile, Sharif ordered the hospital administration and Chief Secretary Punjab to make the hospital fully functional in the next 48 hours and brief him on the progress.

Sharif also sought recommendations from the medical teams to bring improvements to the state-of-the-art medical facility.

He also expressed his concerns for the patients of kidney and liver issues, saying he could feel the pain of the patients they faced because of the PTI government’s revenge politics.