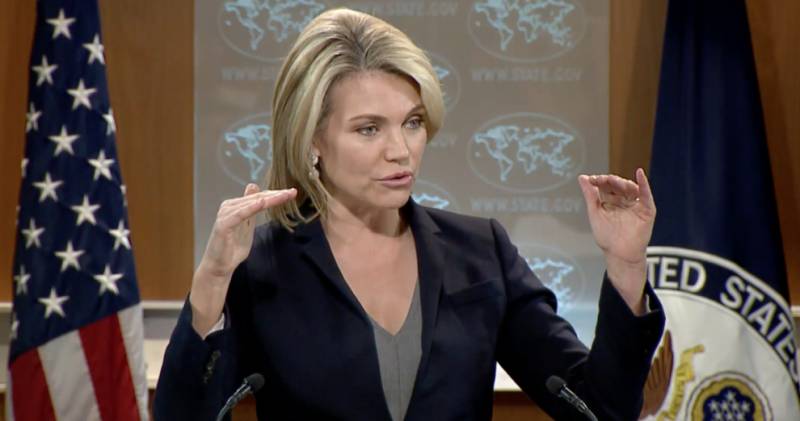 WASHINGTON - As the diplomatic row is underway between Pakistan and the US with the two countries disagreeing about whether State Secretay Mike Pompeo and Prime Minister Imran Khan held discussion over terrorism in a telephonic conversation, Washington has refused to withdraw from its original readout of the phone call.

This response comes after Pakistan's Ministry of Foreign Affairs spokesperson Dr. Mohammad Faisal rejected the statement issued by the US saying there was no mention of the ‘terrorists operating in the country’ during the telephonic conversation.

“There was no mention at all in the conversation about terrorists operating in Pakistan. This shd be immediately corrected,” he added.

However,  US State Department spokesperson, Heather Nauert, who issued the readout about Pompeo-Khan phone call, asserted that the state secretary had raised Islamabad's importance of taking decisive action against terrorist outfits operating in Pakistan, and added, "We stand by its original readout".

Nauert said that they were stood by the readout issued by the state department stating that Pompeo has pressed Prime Minister Imran Khan in a phone call to take “decisive action” against “terrorists” operating in Pakistan.

After Pompeo and Khan's call, the state department issued a press release about the conversation held between the dignitaries. The statement says, "Secretary Michael R. Pompeo spoke today with Pakistani Prime Minister Imran Khan and wished him success. Secretary Pompeo expressed his willingness to work with the new government towards a productive bilateral relationship. Secretary Pompeo raised the importance of Pakistan taking decisive action against all terrorists operating in Pakistan and its vital role in promoting the Afghan peace process".

The recent diplomatic tussle is first of the new government of Imran Khan who in his victory speech after July 25 elections had said he wants a balanced relation between Pakistan and America which should be mutually beneficial, not one sided.

Before the election he repeatedly blamed Pakistan’s participation in the US-led anti-terror campaign for the surge in terrorism on home soil over the last decade.

Reports say Pompeo is likely to visit Pakistan in September and hold talks with the newly elected prime minister.

Pompeo, who is expected in Islamabad on September 5, would be the first foreign dignitary to meet Imran Khan.