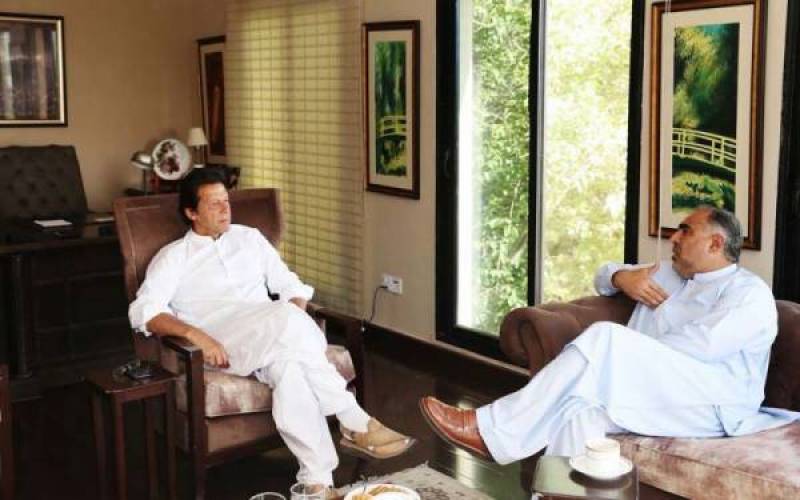 The Speaker also congratulated Imran Khan on assuming office while matters related to legislative business in the Assembly were also discussed during the meeting.

The new premier, on the occasion, said that the people of Pakistan have attached great expectations with the assembly of Naya Pakistan.

Emphasising financial austerity, Khan urged that expenses of the lower house of the Parliament should be cut down to the possible extent.

Speaker said that all efforts would be made for smooth conduct of legislative business and expeditious resolution of core issues of the people.

ISLAMABAD - Pakistan Tehreek-e-Insaf leader, Asad Qaiser was sworn in as the 21st Speaker of National Assembly after ...

Pakistan Tehreek-e-Insaf leader, Asad Qaiser was sworn in as the 21st Speaker of National Assembly after being elected to the post on August 15.

Qaiser was elected as Speaker of the Lower Chamber of the Parliament after 330 lawmakers exercised their vote through secret ballot.

As many as 8 votes were rejected, as per the results announced by outgoing Speaker Sardar Ayyaz Sadiq who administered the oath to Asad Qaiser.