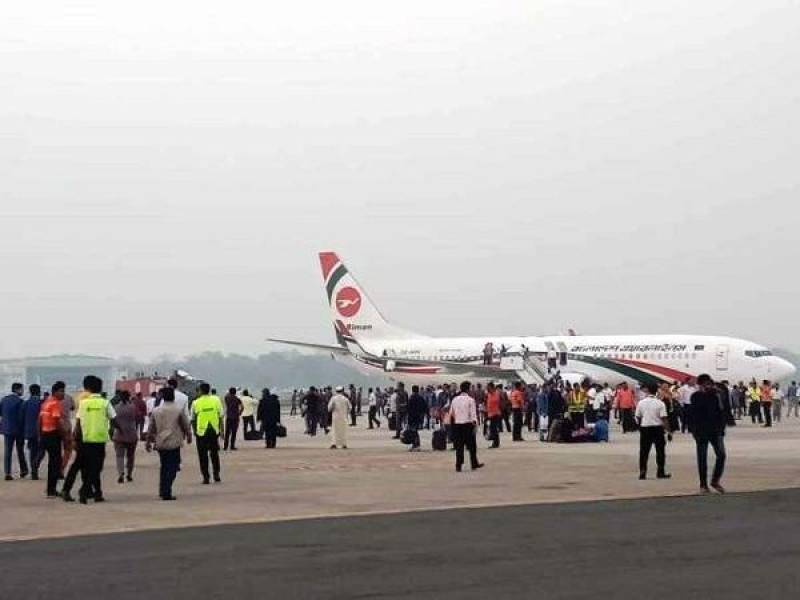 DHAKA - The suspect who hijacked a Biman Bangladesh Airlines plane has been killed in an army commando operation at Shah Amanat International Airport in Chattogram.

Major General SM Matiur Rahman, the GOC of Chattogram, briefed the media about the operation at the airport around 8:45pm on Sunday, bdnews24 reported.

The suspect had identified himself as ‘Mahadi’ to a crew member and been carrying a pistol, Matiur said.

He also said Air Vice Marshal Muhammad Mafidur Rahman from a Bangladesh Air Force base in Chattogram successfully engaged the suspect in conversations in aid of the army commandos.

Lieutenant Colonel Imrul Hasan, who had led the commando operation to free hostages in the Holey Artisan Bakery terror attack in Dhaka, also headed the operation at the airport, Matiur said.

Earlier, a Dubai-bound plane from Bangladesh made an emergency landing at Shah Amanat International Airport in Chittagong over reports of hijacking attempt.

The plane was hijacked when it landed at the airport.

The plane belongs to Biman Bangladesh Airlines (national flag carrier ) and was supposed to fly to Dubai from Dhaka via Chittagong. The suspected hijacker has claimed that he did this for some personal reason. After having a word with him the pilots and the officers said that he looked mentally ill.

As per the media reports, one crew member has been shot and all 145 passengers have been evacuated from the site. The flight has been identified as Flight BG 147.

According to bdnews24, the suspected hijacker was arrested after a successful combing operation and according to reports, he is injured.

As per the police officials, all the passengers have been evacuated from the flight. The flight landed at Chittagong airport at 5:15 pm after which cops and Rapid Action Battalion arrived at the airport to take stock of the situation and have surrounded the plane.

Local media reported that a cabin crew member raised alarm after he found the behaviour one of the passengers’ suspicious.

The hijacker, who is currently in detention, also claimed that he had bombs and was carrying a pistol.