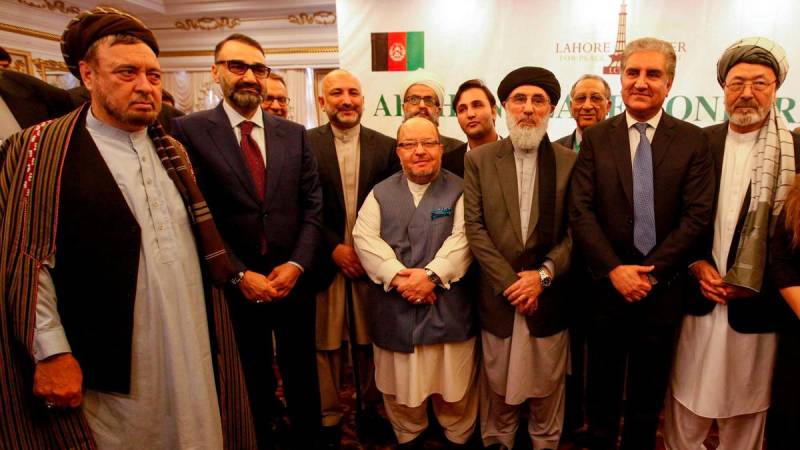 Talking to media persons in Multan yesterday, the foreign minister said Islamabad was hopeful for success of peace deal between United states (US) and Afghan Taliban which would be signed on February 29, in Doha.

Pakistan made sincere efforts in bringing the US and Taliban on negotiation table for establishing peace in war torn Afghanistan, Qureshi said, adding the country always convinced the world that there was no military solution of Afghan issue and it could only be resolved through dialogue. "the US President Donald Trump nominated Zalmay Khalilzad to move forward for peace process in Afghanistan.”

Qureshi said Pakistan also made Taliban understand that the issue could be resolved through negotiations only. Pakistan wished that the both sides should reach to logical destination of peace in Afghanistan, he added.

“Some powers do not want peace in Afghanistan and they are conspiring against peace process by disturbing law and order through bomb blasts in the country,” he said adding, “Such powers are spoilers and there is need to avoid and foil nefarious designs of these powers,” he added.

Qureshi also informed that working on Intra-Afghan dialogue process was in progress.

“When there will be peace in Afghanistan, then rebuilding process will be initiated. Pakistan will also take part in rebuilding of Afghanistan,” the foreign minister said.

Qureshi's statement comes after US Secretary of State Mike Pompeo announced that the agreement between the country and Taliban will take place on February 29, 2020.

"US negotiators in Doha have come to an understanding with the Taliban on a significant and nationwide reduction in violence across Afghanistan. Upon a successful implementation of this understanding, signing of the US-Taliban agreement is expected to move forward. We are preparing for the signing to take place on February 29," read a Friday statement from Pompeo after his visit to Saudi Arabia.