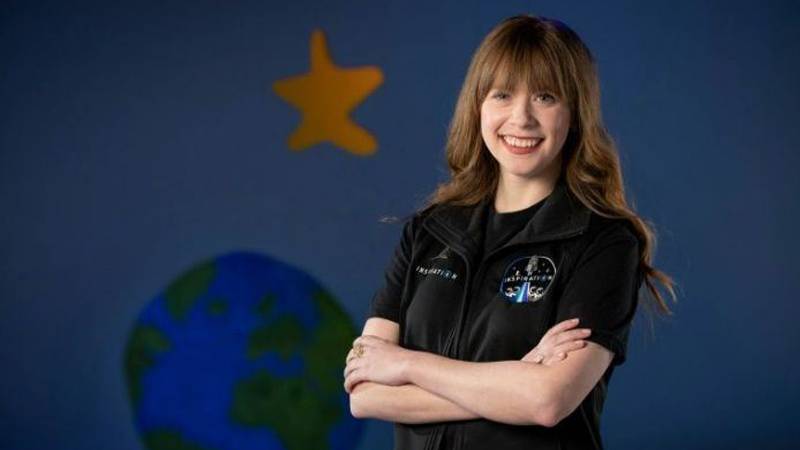 By the end of the year, Hayley Arceneaux will be the youngest American in space and one of the first tourists to enter orbit unaccompanied by professional astronauts.

It is an accomplishment made even more joyous by the fact that she will be fulfilling her childhood dream, which was robbed because of cancer.

The 29-year-old has steel rods in her left leg – which until recently made it impossible for her to become an astronaut.

Her dream to go out in space became a reality when Jared Isaacman, an American billionaire, with a passion for space exploration, chartered a Space X Falcon 9 rocket at his own expense. He has decided to take three people with him and Arceneaux is on top of the list.

Arceneaux, the first person chosen for this trip named inspiration4, hopes to be an inspiration for the other kids going through cancer treatment.

The young woman underwent her treatment as a child at St Jude’s Children’s Research Hospital in Memphis, Tennessee, which specializes in childhood diseases, including cancer. Arceneaux now works at the same hospital.

Isaacman hopes to raise $200 million for the hospital on his space mission.

The other will be picked by a panel of judges from entrepreneurs who use an e-commerce tool from Isaacman’s company, Shift4 Payments.

Arceneaux will begin her training along with the others next month.

The space exploration is set to take place at the end of 2021, but dates have not been officially announced yet.

WASHINGTON – Perseverance rover on Thursday landed on the surface of Mars after successfully overcoming a risky ...