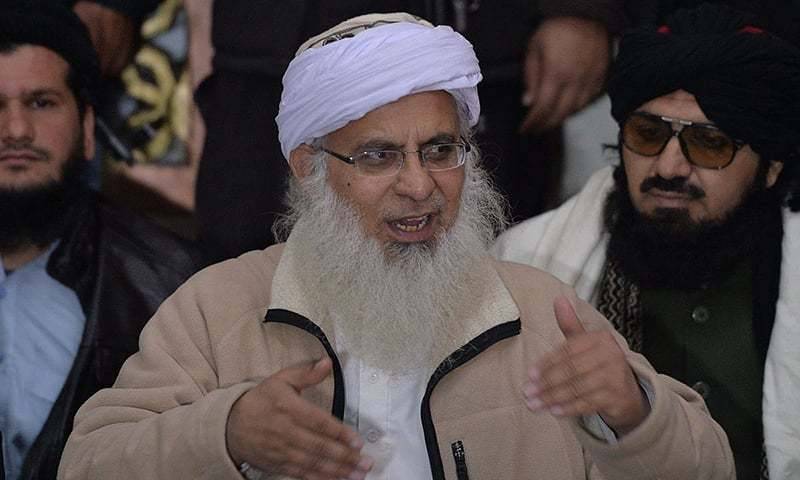 Abdul Aziz was booked by the Aabpara police after he allegedly threatened civil society members including Jibran Nasir, Farzana Bari, Senator Sehar Kamran, and others during their protest outside the mosque against the cleric following the Peshawar APS terror attack.

However, the charge sheet the police submitted in court declared Aziz innocent, adding there was no substantial evidence against him. Following the submission, Aziz filed an application requesting the court to quash the case against him.

In his short verdict, judicial magistrate Muhammad Naseer-ud-Din said that the petitioners couldn’t produce any evidence against the cleric before the police. Police had already declared Maulana Abdul Aziz as innocent in a detailed report.

The application was subsequently dismissed by Judicial Magistrate Muhammad Naseeruddin on December 2, 2016.

Meanwhile, another application filed by Nasir seeking registration of a hate speech case against Aziz is pending before Additional District and Sessions Judge Muhammad Adnan.

Nasir has sought a criminal case against Aziz for his alleged use of hate speech during a Friday sermon in January 2016. The court will take up this case on Tuesday.