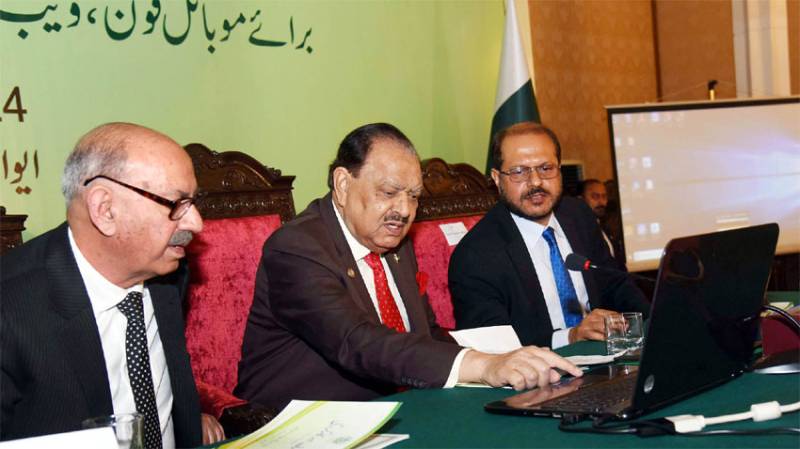 The 22-volume dictionary containing 264,000 words would now be accessible worldwide through an application.

Speaking on the occasion, the president said its launching has brought forward the Urdu language in the ranks of global languages with full grandeur. The dictionary is also reflective of our one thousand year cultural traditions and such initiatives would help protect us against foreign cultural invasion, he added.

Prime Minister's Adviser on National History and Cultural Heritage Irfan Siddiqui said the project has been completed in two years at a cost of 13.2 million rupees.

He said an abridged version of the dictionary is being prepared for children while work is also in hand to prepare Lughat-e-Iqbal and Lughat-e-Ghalib, containing uncommon words used by these two famous poets in their poetry.

Irfan Siddiqui said offices of Academy of Letters would be set up in Dadu, Muzaffarabad, Gilgit, FATA and Multan.