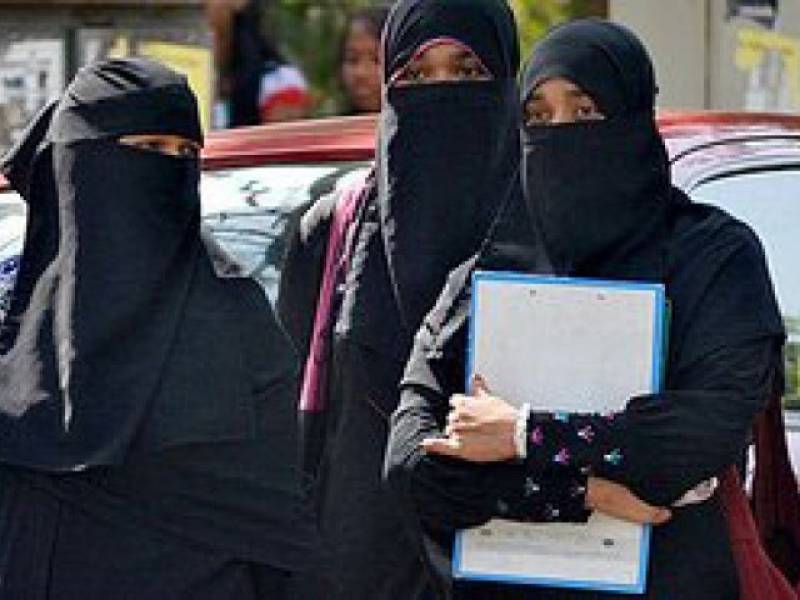 NEW DELHI (Web Desk) - The Indian apex court on Friday declined to interfere with the dress code prescribed by the CBSE for candidates appearing for the AIPMT examination on Saturday, barring them from wearing either a head scarf, full sleeve shirt or burqa, the Indian media reported.

The apex court bench headed by Chief Justice HL Dattu while rejecting the plea by Students Islamic Organisation of India, said: “If you appear in an examination without a scarf, your faith will not disappear.”

Describing the plea as “nothing but an ego”, the court said that candidates can wear the headscarf after the exam is over.

Earlier All India Pre-Medical Entrance Test (AIPMT) had been ordered cancelled by the Supreme Court after widespread cheating.