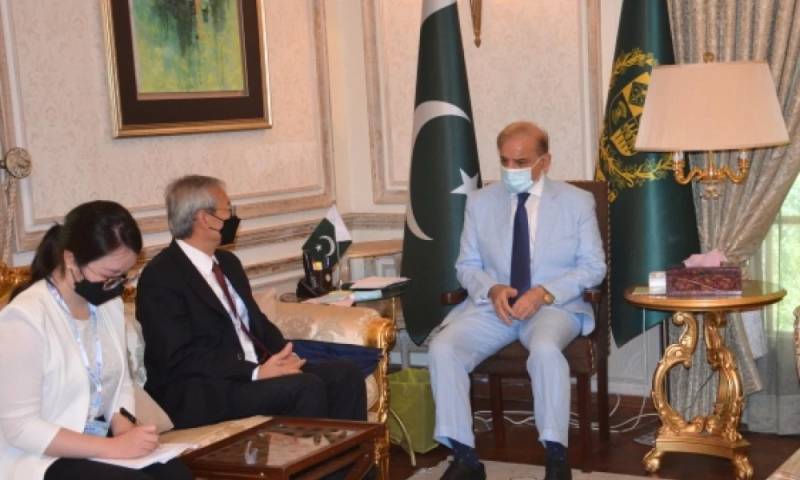 Talking to Secretary General of the Shanghai Cooperation Organization (SCO), Ambassador Zhang Ming, who called on him, Sharif expressed the hope that all SCO members would continue to work together for peace, international solidarity and cooperation.

He reaffirmed Pakistan’s strong commitment to principles of the SCO Charter and the “Shanghai Spirit.” He highlighted the current global challenges manifested in the high fuel and food prices and the resulting food insecurity as well as economic and financial difficulties for a large number of countries, including SCO members.

Praising SCO's development agenda, Sharif said the core purpose of the organisation remained growth and prosperity of the SCO region and how well SCO leaders were responding to aspirations and ambitions of their people to have better standards of living.

He underlined Pakistan’s priorities and national development goals as well as important areas of interest within the SCO framework of cooperation — including trade and economy, connectivity and transport, poverty alleviation, energy, agriculture and food security, climate change, security, information technology, digitalisation and cultural and people-to-people linkages.

Underlining the need for strong transport and communication links, the prime minister highlighted the importance of connectivity. He said the China-Pakistan Economic Corridor (CPEC) could serve as a useful model in this regard.

The prime minister also shared his perspective on a number of regional and global security issues as well as SCO’s role in promoting stability in the region and beyond.

The SCO secretary general expressed his gratitude to the government and leadership of Pakistan for arranging his visit before the upcoming SCO Council of Foreign Ministers and Heads of State meetings in Uzbekistan.

He lauded Pakistan’s constructive contribution to SCO’s work and activities across all domains and thanked the prime minister for the guidance provided with regard to SCO’s priorities and endeavours in the future.