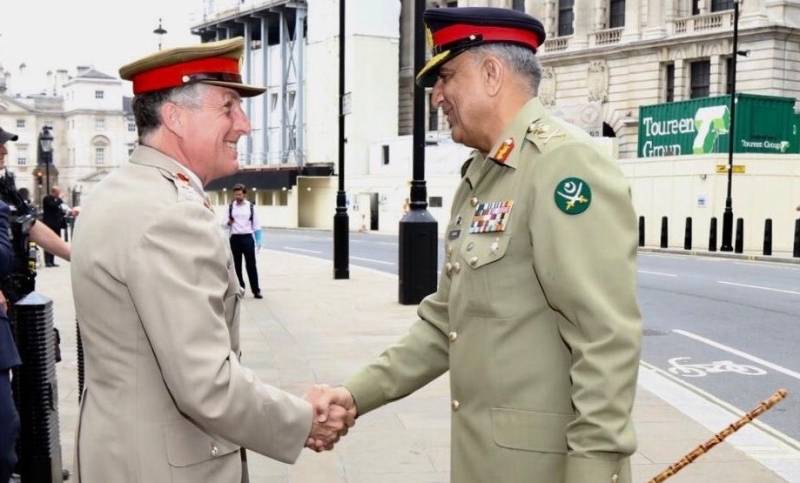 According to the military's media wing, both the military chiefs discussed the geo-strategic environment and bilateral military cooperation between the two countries.

The army chief is in the United Kingdom on an official visit for meetings with senior British civil-military leadership.

A few days earlier, Gen Bajwa spoke at the International Institute of Strategic Studies in London and affirmed that Pakistan was on the cusp of achieving sustainable, irreversible, enduring peace and stability.

The military chief also visited the Lord's cricket ground on Sunday to catch a glimpse of the Pakistan cricket team playing against South Africa in the 2019 Cricket World Cup; Green Shirts won the match.