No documents shared with UK about MQM, says Nisar 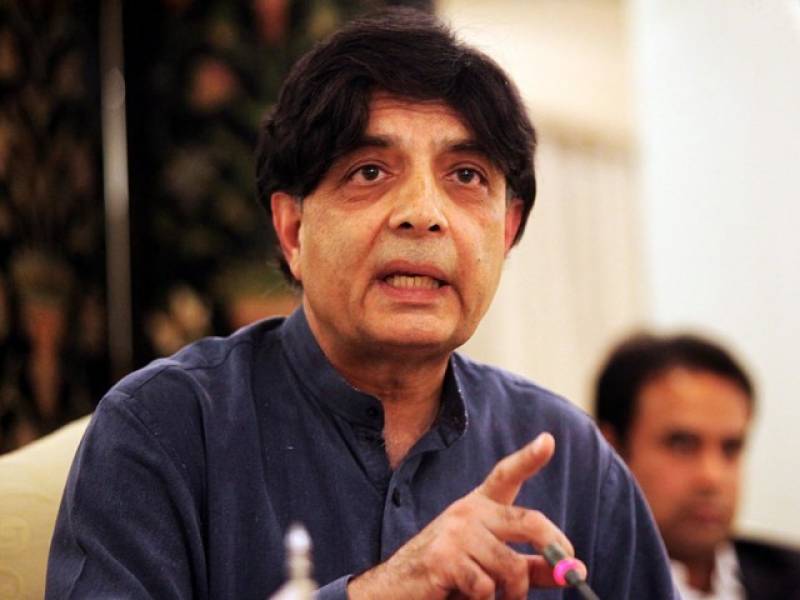 ISLAMABAD (Web Desk) – A day after Altaf Hussain claimed Chaudhry Nisar handed over some documents to the British authorities, the interior minister said on Tuesday he did not share any documents with anyone about the MQM chief or his party.

“I only drew the British high commissioner’s attention to the inappropriate remarks British national Altaf Hussain made about Pakistan Rangers and Army,” Nisar maintained while addressing a press conference here.

Nisar however opined the MQM is a political group, and it should continue to exist.

He announced that a new exit control list (ECL) policy would be introduced in the next week. “No name would be added to this list on the basis of mere statements,” he added.

To another question, Nisar said the government had no knowledge of Tehreek-e-Taliban Pakistan chief Mullah Fazlullah’s death.

“There is no confirmation on the killing of Fazlullah yet.

Nisar also told media the president would decide the date of Saulat Mirza’s execution. He said the home ministry has asked the president to postpone the capital punishment of MQM activist Saulat Mirza for a period of 90 days.

An indefinite delay in Shafqat Hussain’s execution has also been requested by the ministry to determine whether or not he was under-age at the time he committed the crime.

The interior minister also reaffirmed his support to Rangers and Sindh Police for the ongoing targeted operation in Karachi.