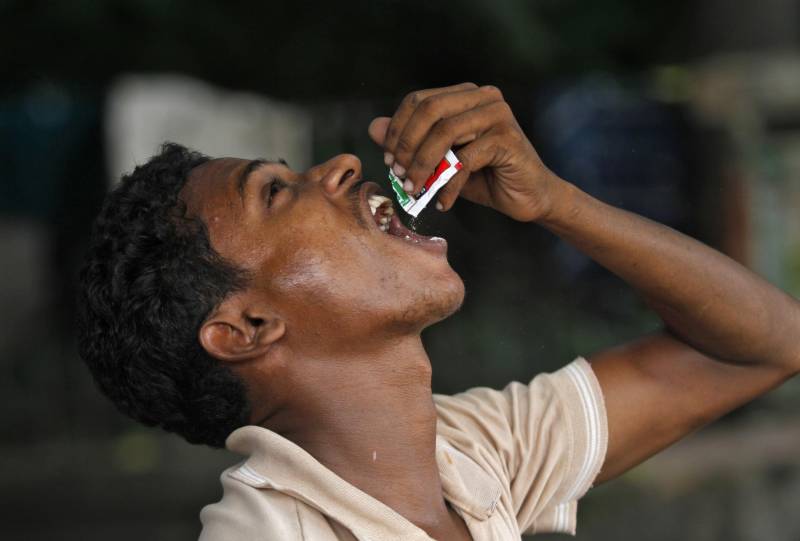 MUMBAI (Web Desk) - Maharashtra government on Tuesday said that those involved in the sale of gutka would be booked under non-bailable sections regarding the offence.

The manufacture and sale of gutka is banned in Maharashtra, but it is not implemented effectively as there are no such restrictions in neighbouring states due to which the tobacco-laced chewing products are smuggled in.

State Food and Drug Minister Girish Bapat told the Legislative Assembly on Tuesday that the government is taking steps to enforce the ban strictly.

The issue was raised during Question Hour by Mohammed Arif Naseem Khan of Congress, who said that despite the ban, gutka is sold in the state even outside Vidhan Bhawan and sought to know what steps the government was taking in this regard.

Bapat said 72,000 shops have been searched and gutka worth Rs 32 crore has been seized so far.

“Directives have been given to the police to book the accused under section 328 (causing hurt by means of poison, etc, with intent to commit an offence) of the IPC which is non-bailable,” he said.

Mangal Prabhat Lodha of BJP sought to know if the license of shops where gutka is sold would be cancelled.

To this, the minister replied that there is no separate license to sell gutka. But, the government would consider a proposal to scrap license of the shops from where gutka is seized, he said.