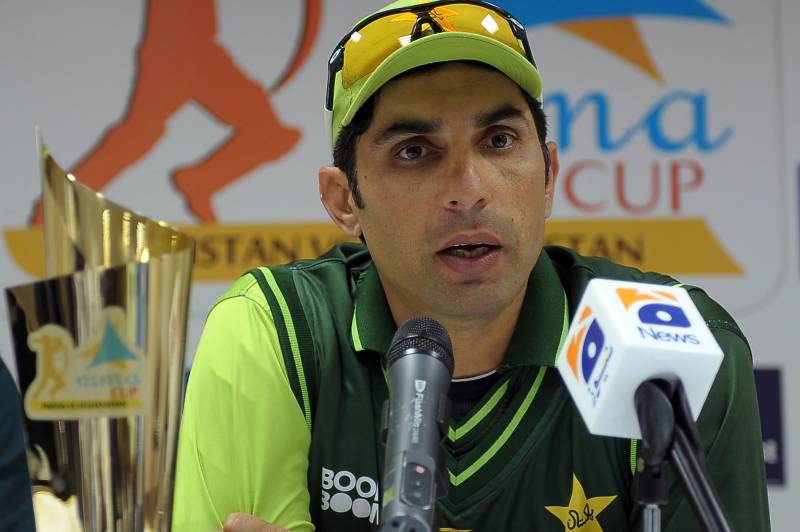 Misbah, while talking to media persons, questioned the former cricketers and media experts if he was the man who aborted international cricket in Pakistan. Why did Pakistan fail to perform well in world cups held in 2003 and 2007? asked the skipper.

“Be happy all the critiques I am not coming back in ODI cricket at all”, he declared.

The captain, who is usually known for his calm attitude, aggressively defended the team’s strategies during the mega even. “Whoever has nothing to do becomes a media expert and starts criticising everything without proposing any way out”.

He urged the cricket board to assign a certain role to team captain in the selection of squad.

Misbah, on the occasion, announced he would continue playing test cricket. “I will play the test series scheduled to be held in 2015 at least”, he added.

Pakistan cricket team received a furious response from the former cricketers and media experts after it failed to qualify for semifinals at world cup 2015.

The team was badly defeated by India, West Indies and Australia whereas the win against South Africa was the only considerable achievement at the mega event.