Nawaz-Modi meeting in Washington not yet finalised: FO 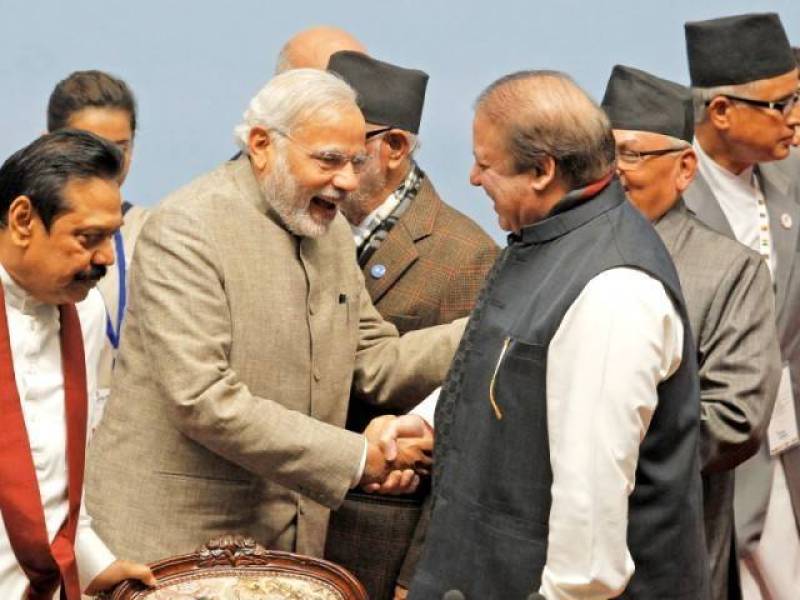 ISLAMABAD (Staff Report) - Pakistan on Thursday said it has not yet received any formal proposal from India for a meeting between Prime Minister Muhammad Nawaz Sharif and his Indian counterpart Narendra Modi on the sidelines of the Nuclear Security Summit at Washington later this month.

Foreign Office Spokesperson Nafees Zakaria told reporters here at the weekly news briefing that Prime Minister Sharif would be visiting the US capital by end of this month to represent the country at the fourth nuclear security summit.

He said the participation of Prime Minister Nawaz Sharif in the NSS to be held on March 31 and April 1 was a reflection of the importance Pakistan attaches to the nuclear security.

The Spokesperson said Iranian President Dr Hassan Rouhani will be on a two-day official visit to Pakistan from March 25 to discuss ways to further strengthen bilateral relations on the invitation of Prime Minister Muhammad Nawaz Sharif.

The Spokesperson when asked about the stranded 84 Pakistani traders at the Moscow airport, said the Pakistan embassy was in constant touch with them. He said these would be leaving for Pakistan later in the evening. He however said that the embassy has no information about the reasons cited for earlier deporting of 48 Pakistanis from Russia.

The spokesperson to a question said Pakistan has achieved success in many operations against terrorism and said it was working closely with several countries to counter this global threat.

The spokesperson when asked about the raising of Pakistan's national flag in the Indian Occupied Kashmir said, the Kashmir issue is a long standing dispute that needs to be addressed in accordance

with the resolutions of the United Nations.

He said the UNSC resolutions acknowledged the right of the Kashmiri people to self determination through a plebiscite. He said the hoisting of Pakistani flags in the held territory was a reflection of what the Kashmiris desire.