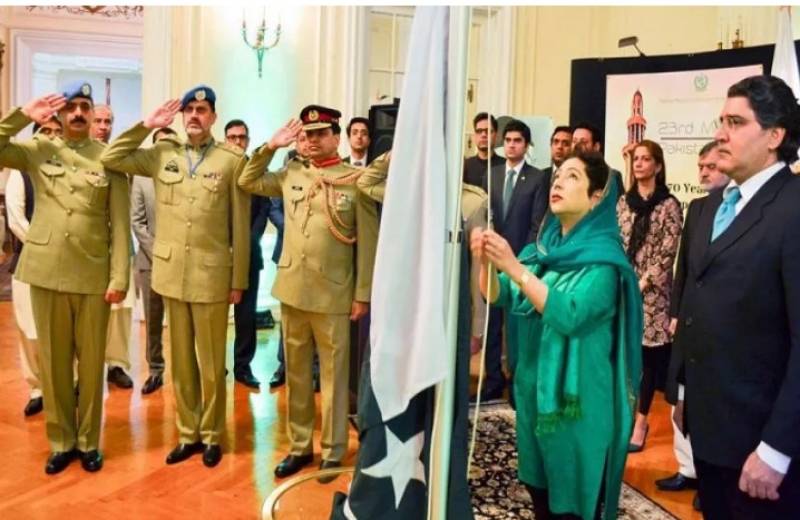 The UN Secretary General was welcomed by Ambassador and Permanent Representative to the United Nations Maleeha Lodhi.

Speaking on the occasion, the secretary general acknowledged that the country has been at the forefront in hosting Afghan refugees.

'Pakistan is a beautiful country and I am pleased to participate in the Pakistan Day celebrations' said Guterres.

In an exclusive interview to Geo News, Lodhi said that the participation of foreign dignitaries in Pakistan Day celebration reflected the defeat of those groups who aspire to diplomatically isolate the country.

“Pakistan has a bright future. And on this day let’s remember those who gave their efforts in making this country,” she said.

A flag hoisting ceremony was also organised in Washington where scores of Pakistanis poured in to celebrate the national day while being away from Pakistan's soil.