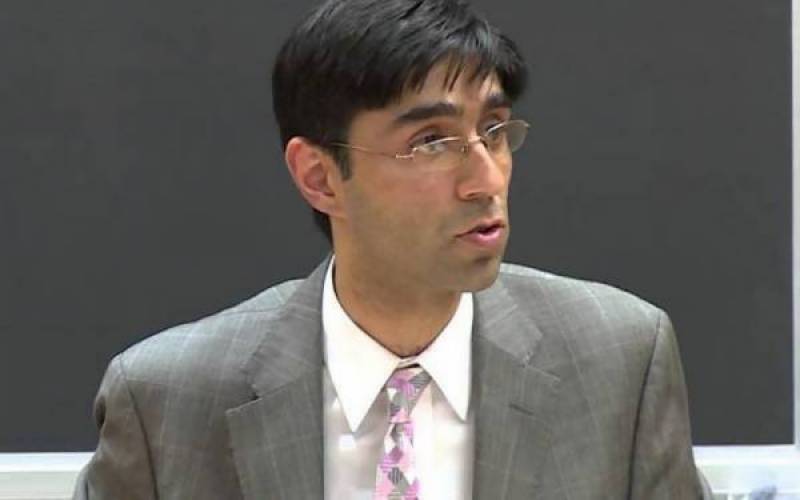 The National Security Adviser of Pakistan, Dr Moeed Yusuf, held a meeting with his counterpart of United States of America (USA) in Geneva on Sunday.

Both sides had a positive conversation on a range of bilateral, regional and global issues of mutual interest and agreed to advance practical cooperation on these issues.

According to the notification issued by the cabinet division, Prime Minister Imran Khan assigned Dr Moeed the responsibility of National Security Adviser.

Dr Moeed’s rank will be equivalent to a federal minister. The notification has been implemented promptly after the approval of prime minister. He was appointed as Special Assistant to the Prime Minister (SAPM) on National Security Division and Strategic Policy Planning on December 24, 2019.

In October 2019, he was made chairman of Strategic Policy Planning Cell (SPPC) under the National Security Division (NSD). The cell was formed to assist the government through research and draft policy recommendations on national issues.