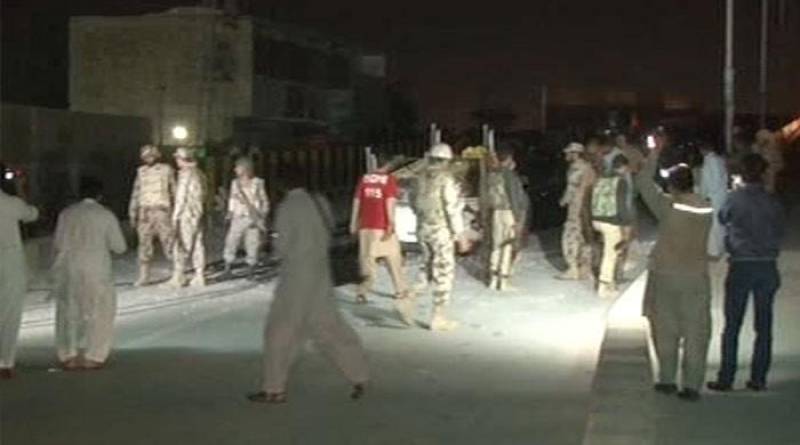 - Attackers were in constant contact with their handlers in Afghanistan, according to officials

- 62 confirmed dead in an attack on Police Academy in Quetta.

- Young recruits between ages of 16-20 targeted specifically in the attack.

- The massive attack comes after Indian threats of "we will attack at the time and place of our choosing" after the Uri attack.

- Attack suspected to be a part of India's campaign of terrorism in Pakistan.

QUETTA - At least 62 people including security personnel and police recruits were killed and over 100 were injured as terrorists attacked Police training centre at Sariab Road area of the provincial capital on Monday late night.

According to media details, terrorists held hostage police personnel while firing between terrorists and security forces being continued.

As per details, three suicide bombers entered in the police training centre and started indiscriminate firing that led to retaliation by police.

Some sources reported that terrorists held hostage the 200 police personnel, who were present in the building at the time of the terrorist attack, Abbtakk TV reported.

Meanwhile, the heavy contingency of police and security forces started rescue operation and the site has been cleared now.

While no one has claimed responsibility for the attack, authorities believe the attack to be carried out by Indian supported terrorists that have been active in Balochistan for the past decade. According to senior Baloch government officials, multiple international agencies operating in the province could be behind the nefarious attack.

After the recent Uri attack in India, the hawks in Indian establishment threatened Pakistan with a terror attack in response to Uri at the "time and place of [their] choosing". Previously, high-level Indian officials, like the National Security Advisor Ajit Doval, have been on the record claiming that India will support terrorism against Pakistan.

Pakistan has lost 60,000 people to terrorism since 2001, with major and tragic attacks such as APS attack which claimed 258 children's lives and this year's attack on lawyers in Quetta.

Pakistan Army has long claimed these attacks to be connected to India's covert terror games against Pakistan.