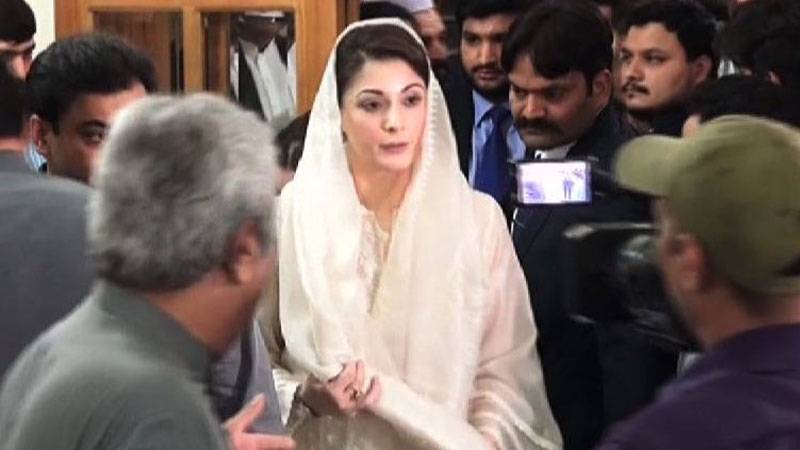 LAHORE - Pakistan Muslim League-Nawaz (PML-N) leader Maryam Nawaz was shifted back to Kot Lakhpat Jail after being discharged from the Services Hospital in the wee hours of Thursday.

According to media details, Maryam was admitted to the hospital at the VVIP-1 room adjacent to the room of her father Nawaz Sharif where she went through some medical tests.

Earlier, she was given special permission by the federal government so that she can meet her father, Nawaz Sharif, who has been admitted since Monday night due to a low platelet count.

However, Maryam Nawaz claimed that she was denied permission to meet her father.

Local media reports say the provincial government has given the permission following the directions issued by Prime Minister Imran Khan.

Maryam was taken to Lahore’s Service Hospital amid tight security from Kot Lakhpat detention facility where she has been kept on judicial remand in Chaudhry Sugar Mills case.

According to the Home Ministry, the detainee has been given one hour to spend with her father in the hospital.

The move comes after an accountability court earlier rejected her plea seeking permission to visit her father for inquiring about his health.