India is mother of terrorism in South Asia, not Pakistan: Maleeha hits back at Swaraj 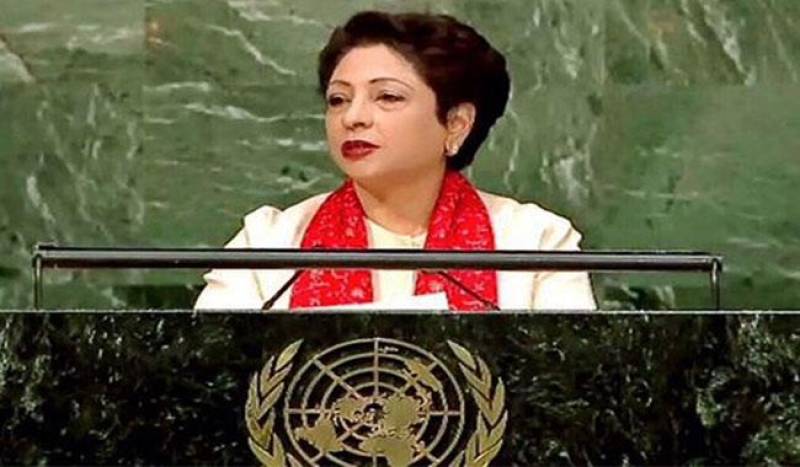 UNITED NATIONS - Pakistan’s ambassador to the United Nations Dr Maleeha has said that India is mother of all terrorism in South Asia not Pakistan, she said this during her address to the General Assembly (UNGA) early Sunday.

Voicing her rebuttal to Indian Foreign Minister Sushma Swaraj's comment that Pakistan is a "pre-eminent export factory for terror", Lodhi claimed that India's posture is that of a predator.

Lodhi also emphasised that India — a nation ruled by fascist ideology — should stop supporting and aiding terrorism and related activities across the border.

"Indian leaders have Muslim blood on their hands," she said.

Pakistan calls for an inquiry into the war crimes perpetrated by India in Occupied Kashmir (IoK), the Pakistani UN representative stated, noting that forceful occupation of the troubled, conflict-ridden region is illegal.

"Kashmir is not part of India," Lodhi stressed, adding that the global community needs to collectively make India stop violating the ceasefire arrangement.

Alleging that Swaraj slandered against Pakistan in her comments earlier today, Lodhi said that Pakistan desires to resolve problems through constructive talks, which are conditional to India doing away with its policy of terrorism.

The UN representative said Kulbhushan Jadhav confessed to subversion in Pakistan, causing terror in the country, and receiving India's aid in the plans.

India has fought wars with or in all of its neighbouring countries, Lodhi said. She also mentioned that the 'largest democracy' is also "the world's largest hypocrisy". - Agencies