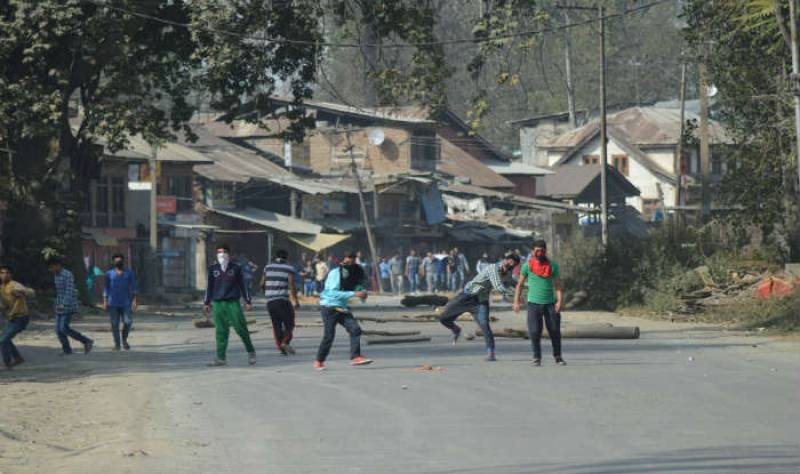 SRINAGAR (Web Desk) - In occupied Kashmir, people from various shades and colors continued to oppose the RSS-backed Indian government's plan to change the demography of Jammu and Kashmir by settling non-locals in the territory.

According to KMS, Muslim Deeni Mahaz in a statement issued in Srinagar expressed concern over the proposal of building structures in the territory for non-locals.

MDM spokesperson in a statement issued in Srinagar said, “It is a wicked plan to settle non state subjects in the occupied territory” and warned the puppet administration that it would be opposed tooth and nail.

He said that it was deceit and a sheer bargaining between the pro-India PDP and BJP. “We won’t allow plans of turning Muslim majority of the territory into minority,” he added.

Meanwhile, independent member of so-called Kashmir Assembly, Engineer Abdul Rasheed addressing a public meeting at Kehribal Islamabad questioned authorities over reports about providing shelters to non-locals saying “Lakhs of such people are already in Kashmir without any proper record or reason.

He warned the administration that Kashmiris would not allow any such shelters for non-Kashmiris.

He expressed surprise over enthusiasm shown by NC and Congress with regard to so-called by-elections in Islamabad constituency.

He said that Congress and NC should learn that Kashmiris have rejected them in 2014 elections as both these parties were responsible not only for creation of Kashmir dispute but also for every killing, atrocities and whatsoever taking place in the territory since 1947.