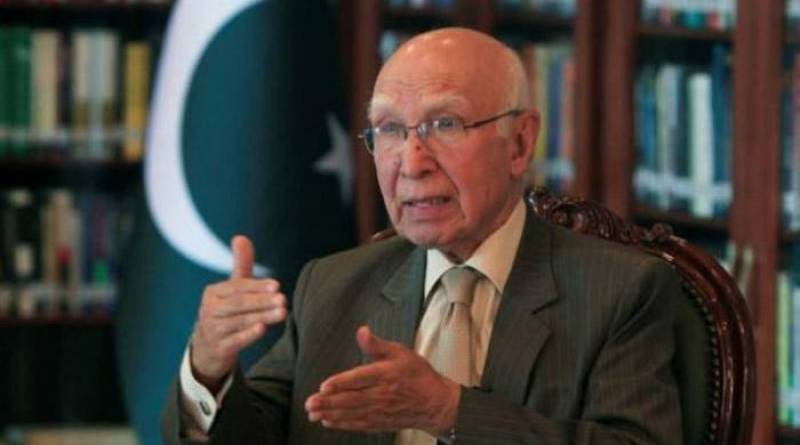 ISLAMABAD (Web Desk) - Adviser to the Prime Minister on Foreign Affairs Sartaj Aziz said no one will be allowed to cross the Afghan border into Pakistan without valid travel documents, Geo TV reported on Thursday.

He informed the joint meeting of Senate's standing committees on foreign and defence affairs that Kabul has been told to take serious steps for dialogue with the Taliban.

We told Afghanistan in May that from June 1, no one will be allowed to cross the border without valid travel documents,” he added.

The solution to Afghanistan’s problems lie in dialogue and cannot be solved with a military solution, Foreign Secretary Azaz Chaudhry told the committee adding, that most of the border management work was being conducted at the Torkham border.

On the other hand, the Pak-Afghan border remained closed since last week.

Long queues of NATO containers as well as cargo trucks were witnessed on both sides of the borders while all kind of transit trade had been stopped due to the closure.

The Bab-e-Dosti gate was closed as a sign of protest when pro-Indian Afghan protesters pelted stones at the gate, raised slogans against Pakistan and desecrated the Pakistani national flag in the presence of the Afghan security forces.