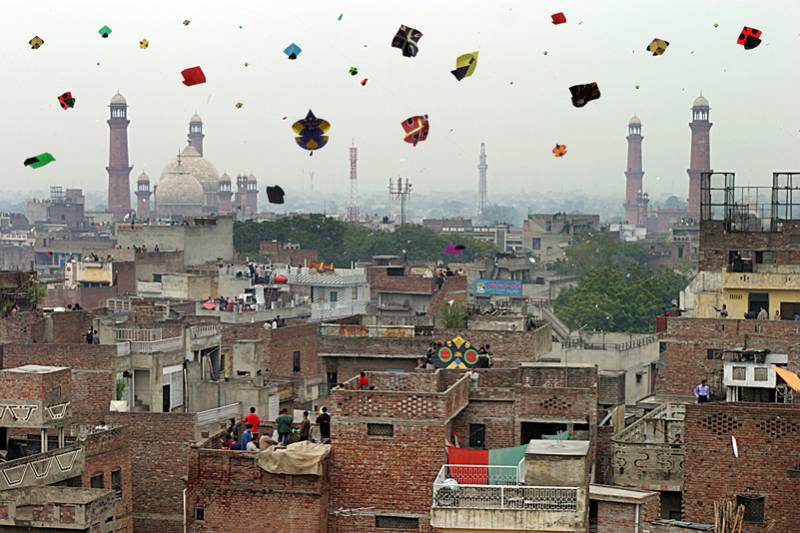 LAHORE (Web Desk) - The Punjab government is studying a proposal to revive the Basant festival.

Earlier this month, Chief Minister Shahbaz Sharif constituted a seven-member committee to compile suggestions for the safe conduct of the festival.

According to a report published in Newsweek, the committee has been maneuvered to come up “with well-considered proposals for the revival of safe Basant” and with “examining these proposals in the brightness of its touristic potential.”

The officials appointed to the committee held their inaugural meeting last week and have been directed to submit a final report within two weeks. 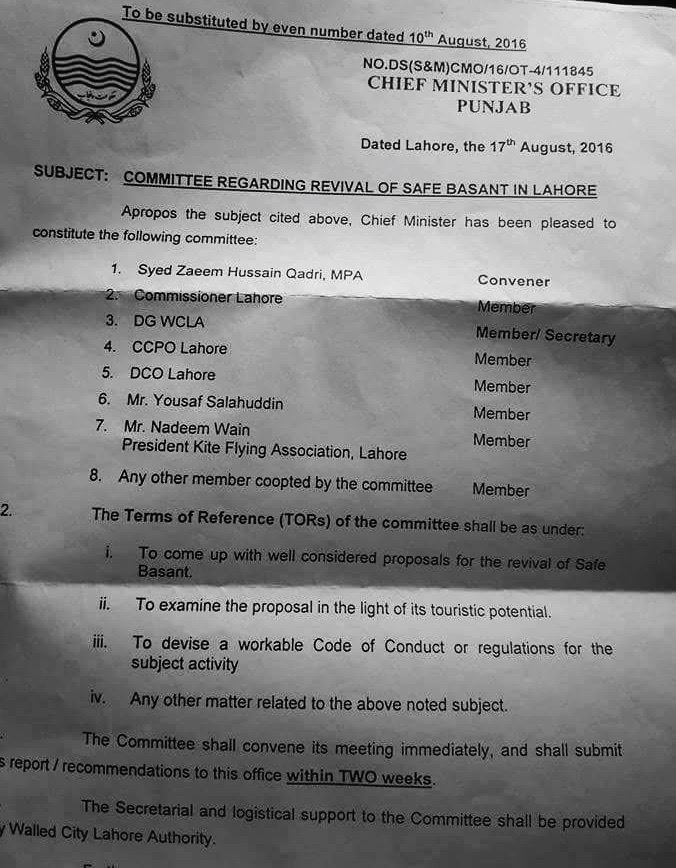 According to some estimates, Basant generated economic activity of over Rs. 1.75 billion in provincial capital, Lahore alone. Up to 1,000,000 people were laid away from the informal kite-making sector when the festival was nixed.

The festival could resume as early as the second week of February 2017.