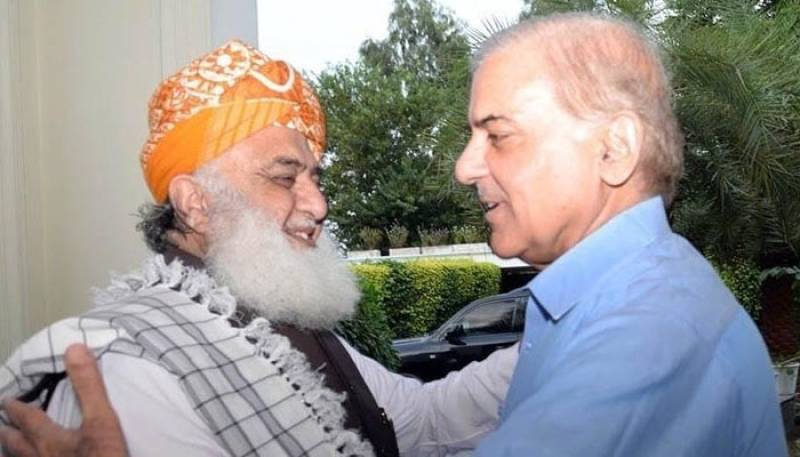 Addressing a joint press conference on Tuesday, Shehbaz Sharif and Maulana Fazl-ur-Rehman both said that they would gather all the opposition leaders to run the movement against the Imran Khan-led government.

“Our meeting remained very successful and we have decided to gather all opposition parties against this government,” said Shehbaz Sharif, adding that they would enhance their consultation and overcome all their differences mutually.

The PML-N chief said that they would call “All Parties Conference (APC) and would hold “Rehbar Committee” meeting, adding that all the opposition parties would take part in the APC.

JUI-F Chief Maulana Fazl ur Rehman said that they [PML-N and JUI-F] were agreed on united move against Pakistan Tehreek-i-Insaaf (PTI).

“We have agreed on movement against PTI,” said Maulana Fazl-ur-Rehman, adding that small opposition parties were called there for consultation and APC would be called very soon.