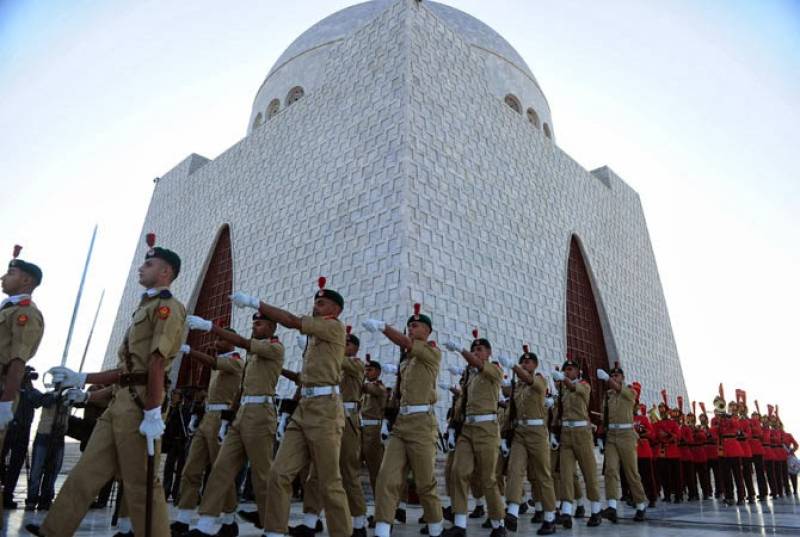 KARACHI (Staff Report) - A special ceremony of “Guards Change” was Friday held at the mausoleum of Muhammad Ali Jinnah in Karachi on the account of his 139th birth anniversary.

PMA’s commandant Major General Nadeem Raza was the chief guest of the ceremony. Quaid-e-Azam was the first colonel in chief of the Pakistan Military Academy.