Kalbushan Jadhav's meeting with family not the last, clarifies Pakistan 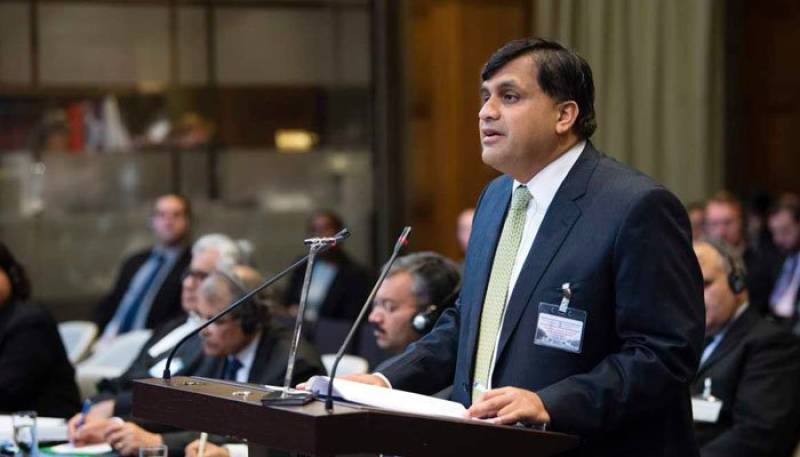 ISLAMABAD - Foreign Office (FO) Spokesperson Dr Mohammad Faisal clarified Monday that a visit of the mother and the wife of convicted Indian spy Kulbhushan Jadhav was not the final one.

At a press conference, minutes after RAW spy met his family in Islamabad, the spokesperson reiterated that Jadhav was the face of Indian terrorism in Pakistan.

However "this meeting has nothing to do with the case pending before the International Court of Justice or with politics," Dr Faisal said.

Detailing the meeting of the high-profile contact, Dr Faisal expressed that it was made clear to India that no physical contact would be allowed.

"Indian High Commissioner J.P Singh could only see but was not allowed to listen or speak during the meeting," said the spokesperson.

He affirmed that Kulbhushan was not given consular access as the Indian official was barred to speak anything.

"The family members of Indian spy looked satisfied and they thanked Pakistan for the gesture," said Dr Faisal.

The Foreign Office official maintained that RAW spy was caught red-handed and he confessed to his involvement in carrying out subversive activities in Pakistan.

"Kulbhushan travelled between Pakistan, India, Dubai and Thailand for around 17 times," said the official and added that Pakistan had submitted counter-memorial to India's claim before the International Court of Justice (ICJ) on December 13th.