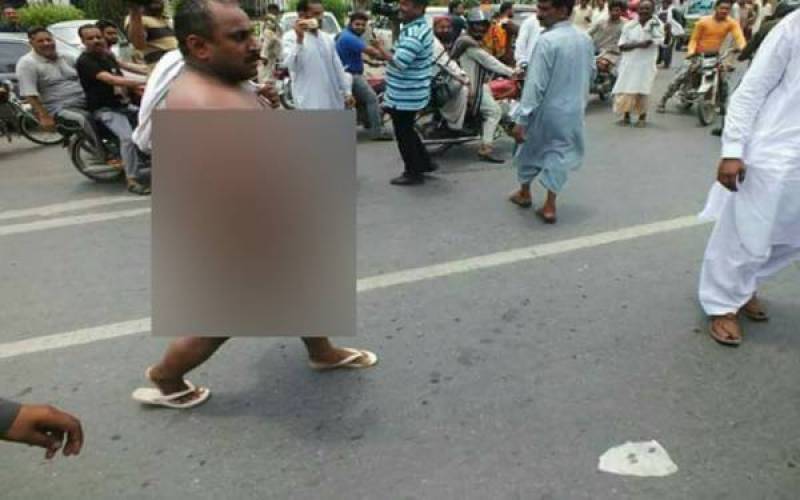 FAISALABAD - A middle-aged man shooed off dozens of protesters by stripping off all his clothes on a busy square in Faisalabad city of Punjab.

The incident took place at the City Council Chowk, where several demonstrators had gathered to protest against the local authorities. Their protests resulted in the closure of the main road, leading to long queues of vehicles. 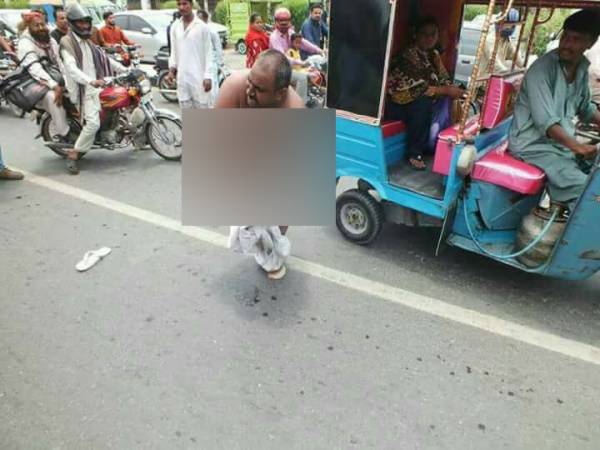 One of the troubled motorists, unidentified yet, suddenly started removing his Shalwar Kameez – a traditional Pakistani dress – taking on the protestors. 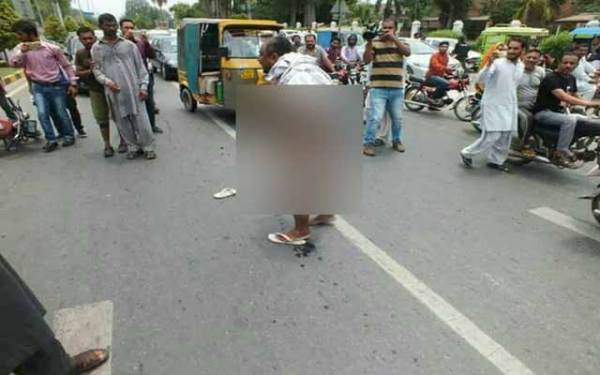 Interestingly, the road got cleared as the man approached the demonstrators.

This certainly proved to be a positive sign for the motorists, who were left alone by the authorities concerned at the mercy of raged protesters, but should still be considered as a highly indecent and obscene act.