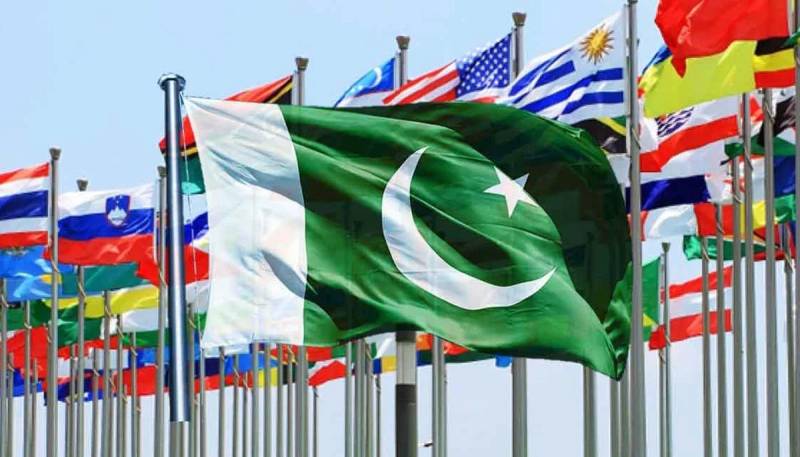 Yes, Pakistan has a separate foreign policy. It is a sovereign nation with the freedom to pursue its own foreign affairs; it is neither a protégé nor a colony, much less a slave. Pakistan did have an option and openly exercised it, sometimes in a good way and sometimes in a poor way.

Pakistan autonomously decided to adopt a foreign policy, particularly after Ziaul Haq, that complemented the nation's ideological foundation, which placed a premium on security over development, the ruling class over the general populace, and ideology over progress. A civilian or military governance style promoted the premise that institutions should be dismantled since they were perceived as serving the centers of power and undermining the state.

When a weak state's foreign policy is dependent on others and serves its strategic goals, sometimes even at the expense of its own interests, the weak state only becomes weaker.

For many reasons, China, the US, and Saudi Arabia, who became its main patrons, found Pakistan to be an appealing partner because of the army's services, the nation's geographic location, and attempts at Islamization. Given the variety and enduring nature of the interests that Pakistan and China share, their relationship developed into one of strategic importance and benefited us. However, the other two remained primarily transactional due to the tiny and fluctuating basis of shared interests and the fact that Pakistan's services were more valuable than the nation itself and only helpful when required.

A country's ability to recruit new partners is restricted and undermined by a reliant foreign strategy. Additionally, it acts as a deterrent to building one's own sense of national pride. Islamabad became comfortable because it believed Pakistan didn't need to diversify its allies or build up its own strength since it was too significant in terms of geopolitics, a nuclear power, and a crucial provider of services. This rendered it susceptible to abuse.

A weak state's foreign policy inevitably serves the needs of others.

Since the elites have control over the country's interests, which are focused on the pursuit of their own interests, Pakistan is at a disadvantage because great powers find it less expensive to serve the elites' interests than Pakistan's interests. Pakistan profited as well, although it also suffered losses. Whether it was a conspiracy theory or not, the public has now rejected this agreement.

Pakistan's elite has to seriously reflect on the nation's standing in the world in light of recent national history. The latter is confronted with new geopolitics, emerging powers, regional alignments, alliances, an increase in unconventional threats, and global challenges—while also being presented with unexpected possibilities.

Globally, the economy has grown to dominate national agendas. Countries are seeking out new alliances and increasing partnerships in order to get economic benefits, whether by tying up or relaxing their traditional ties.

Washington may have also come to the conclusion that its strategy of isolating China, forging alliances, and concentrating only on great power competition and conflict has failed. And that, as highlighted by the recent Xi-Biden discussion, the strategic struggle with Beijing must be managed properly without resorting to violence or economic warfare.

In an address to business leaders at the APEC conference in Bangkok, French President Macron emphasized the need for "a unified global order," a sentiment shared separately by German Chancellor Scholz. "We live in a world that is going from one shock to another - pandemic, conflict, inflation, cost of living problem," IMF managing director Kristalina Georgieva said. Additionally, adding the fragmentation of the global economy would be like adding fuel to a fire.

According to a revised policy, the US may now be interacting with Pakistan in order to further its geopolitical, regional, and security goals in South Asia. Similar to the Indo-Pacific policy, certain interests will be serviced by Pakistan, some by Pakistan and India, and others by both. Pakistan shouldn't undercut this policy because India is an ally of Pakistan.

The engagement of Islamabad with the US should not erode China's strategic rivalry with the US, according to Beijing's own red lines. Each Pakistani government may desire contact with the other within the confines of these red lines. It may benefit Pakistan's stability and economy. Additionally, the US and China share a common interest in the battle against terrorism, stabilizing Afghanistan, and preventing a nuclear conflict in South Asia.

Pakistan must reconsider its national policy, on the other hand. If the country's domestic problems persist, its reliant foreign strategy will also keep it weak, making it an unattractive partner and investment destination. However, a robust Pakistan will be better equipped to pursue "an autonomous foreign policy," engage the world more, and increase its overall strength.

Will Pakistan Reap the Benefits of Crypto or Not?

Tax Battle, not an easy job