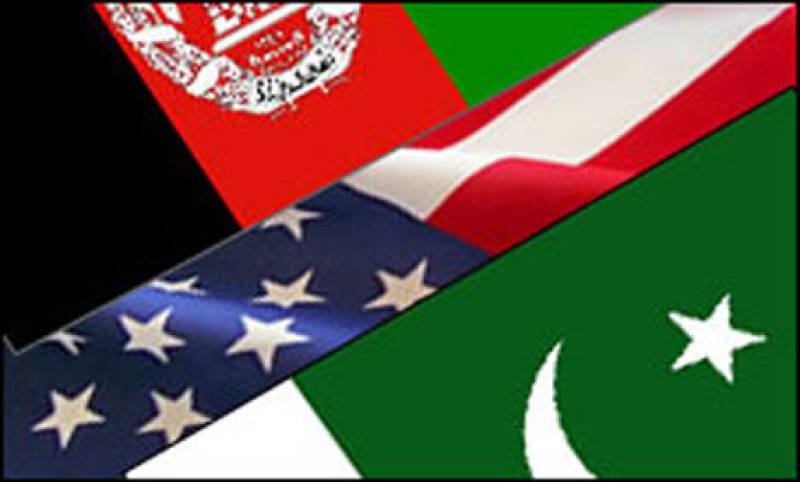 US President Donald Trump’s aggressive tweeting spree against Pakistan was anything but his impulsive behavior. His National Security Advisor General HR McMaster went a step further saying Pakistan would become North Korea if it does not stop nuclear blackmail. Given its failure of diplomacy with the East Asian nation, the Trump administration official was expressing Washington’s worst fear rather than threatening a ‘complex’ ally. Nikki Nimrata Haley Randhawa was more specific in stating that Pakistan’s $225million won’t be disbursed. America’ permanent representative at UN stated, “Pakistan has played a double game for years.”

Washington is mulling over the suspension of $1 billion in planned military assistance, including the $255 million in foreign military financing put on hold in August besides an additional $900 million in Coalition Support Funds.

Pakistan’s defense ministry Khurram Dastagir Khan Tuesday announced a decision to end to military and intelligence cooperation with the US. He said it was high time for Islamabad to start ‘ruthlessly candid dialogue’ on a wide range of issues.

“At the same time, strategic dialogue between the two countries has also faced suspension for last two years. High-level talks with the US would not work until resumption and consistency in working-level negotiations,” he explained.

Islamabad has been preparing for such a moment since the Obama presidency. The reply to Trump’s public outrage is ‘no more.’ The elected government, the military, and the people seem to share the stance.

Besides, the Trump administration has added Pakistan to a special watch list for violations of religious freedom. Islamabad has rejected the ‘discriminatory’ listing while seeking an explanation.

Over the past 16 years, it has been unclear if the US wants Afghanistan to return to normalcy or station troops there without actually addressing the country’s core issues. Trumps men want results in Afghanistan but neither do they visits the country nor does anyone take a hard look at the ground realities. General McMaster was expected to induce some sanity into the administration’s security policies. He has rather preferred the role of a conformist.

Pakistan’s response to public humiliation won’t come in kind because its options are not constrained by America’s annoyance and snub. The assistance granted in the past including free of cost use of logistical routes to Afghanistan and airspace, provision of military bases and intelligence sharing besides carrying out the extensive operation within resulting in the arrest and handing over of top al-Qaeda commanders such as Khaled Shaikh Mohammad. Islamabad is ready to freeze all aspects of bilateral cooperation with the US vis-a-vis Afghanistan.

If the logistical access to Afghanistan is barred, the US can’t reach Kabul and Kandahar via Iran. The only option is the ship the supplies for troops through Russia and Central Asian states in the north. Though Trump seems fond of Putin still military passage won’t be likely until Washington lifts Crimea-related sanction against Moscow. When the US briefly used the northern route during the Obama era, the relations with Russia were not warm but there were no punitive measures in place either.  Possibly, Trump may like to use Pakistan’s refusal for access as an excuse to normalize relations with Putin’s Russia, a deep desire.

Even if Islamabad agrees, the use of airspace and land route to Afghanistan won’t be for free. Comparing it to the political and financial cost of using the northern route, it will still be peanuts.

While the US relations have been increasingly tense with Turkey and Iran has consistently been acting rogue in the Middle East, hurting ties with Pakistan does not augur well for the US, which has thousands of troops, and repute at stake in Afghanistan.  Which of Afghanistan’s neighbors has been acting favorably towards the US? The answer is none albeit Pakistan with some policy or tactical differences.

Rocking the relations, historically marred by highs and lows, is extremely consequential for Iran which has recently been trying to appease Pakistan after providing the land route to archival India through Chabahar port. As he moves to block the nuclear deal, Trump’s rash move against Pakistan also contradicts his policy towards Iran. [Though Pakistanis have always seen Iran as a disruptive nation aiming to export its ‘revolution’ through its proxies and militias, growing anti-US sentiment in Islamabad has been greatly exploited by Tehran.]

To increase America’s cost of the war in Afghanistan, the clerical regime that earlier provided sanctuaries to Afghan warlords and Osama bin Laden now aids Taliban for no different goal. India has long relied on its contacts within Taliban to launch clandestine operations inside Pakistan especially Afghanistan bordering Balochistan province which houses an Arabian seaport China operates.

Washington alleges Pakistan of selective approach towards Haqqani network while Islamabad claims it has not only gone after all groups but also spending millions of dollars to fence the 2,400-kilometer-long treacherous Afghan border. The fencing may not complete till 2019. Compared to Pakistan’s 200,000 troops deployed on the bordering including the ones manning the posts, Afghans and US run into a few thousands. The Wired reported this month involvement of Afghan armed forces in the drug trade, the country high-value but illicit export. If Pakistan is to be blamed for Afghanistan’s internal security woes, then who is responsible for the bumper poppy year by year? Where’s the writ of the government and support of its allies such as the US.

By default, China gets to fill the vacuum created by the US vis-a-vis Pakistan as well as peace process in Afghanistan. Unconfirmed reports indicate that Islamabad has provided Beijing land for a military base in the coastal town of Jiwani along the Iranian border. Not only will the base deter designs of India, America’s ally, but also have implications for US military’s presence in the Arabian Gulf. The more Pakistan is pressed to cede space for India in Afghanistan, the more consequential its ties with China will be for America. Compared to US total direct investment of $42 million in 2017, China has expenses $837 million. Moreover, there’s rare warmth between Islamabad-Moscow contacts and relations. Pakistan is using Russia turbojet jet engine for the fighter jet designed and manufactured with Chinese collaboration. Such have been the fruits of the rash era of sanctions starting with Pressler Amendment in 1990. How convenient for Russia to have a crescent of Muslim countries all the way from Turkey to Pakistan falling in line against the US! Given such adverse dynamics, only Trump, McMaster and Nikki Nimrata may find a way to success in Afghanistan.

In the best-case scenario of sanity prevailing in Washington DC, the US still has significant clout in Pakistan. Thanks to its enormous Fulbright scholarship program and countless other fellowship and specialized training program for government including military personnel, the ties can be mended through astute diplomacy. Pakistan is not Iran. The anti-US sentiments stem from the public humiliation through repeated statements that are read as the parroting of Indian rhetoric. The US is home a vibrant and affluent Pakistani community, always acting as a two bridge between two countries, which have more to share than to dispute. It might be a lesser-known fact that Pakistan is the third largest exporter of physicians to the US medical sector. The pickle here is that Trump has not visited both Pakistan as well as Afghanistan. Obama did make a surprise visit to Kabul but skipped Islamabad.

Donald Trump has not shocked an average Pakistani. As mentioned earlier, the military has been ready for the US refusal to sell arms or provide assistance for about a decade. Yet, the goodwill America has earned through people-to-people contacts or via knowledge and skill development regimes is enough to reset the relationship for a positive start sans aid but with focus on trade.