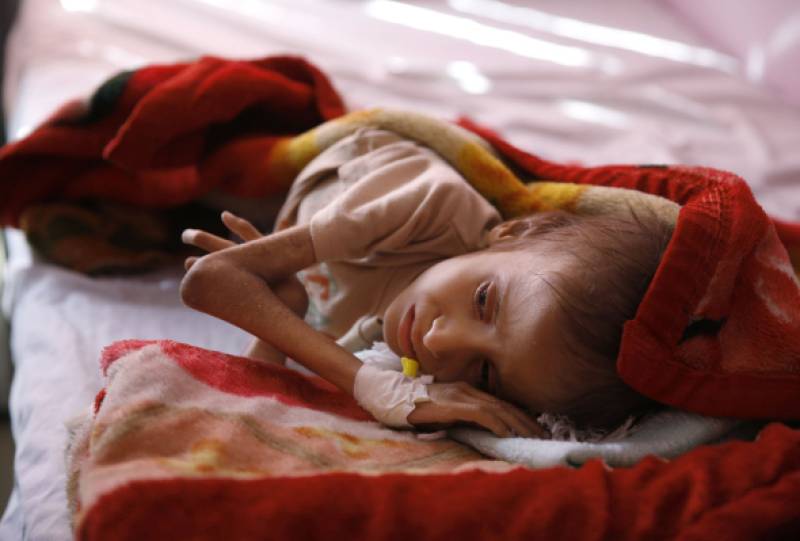 The word ‘Holodomor’ is derived from Ukrainian, and is translated as ‘Death by Hunger’. The term first emerged in 1930’s during the terror-famine, an artificial food crisis enforced by Joseph Stalin in Ukraine.

An estimated 7-10 million people died as a result of the Great Famine. Hundreds of villages were wiped off the face of the earth and in some regions the death rates reached one-third. The dead were buried in cemeteries, wastelands and were thrown into wells. Long ditches were dug and corpses were heaped there. The roads were filled with the bodies of those who left their homes in search of food but perished along the way. And there were widespread reports of cannibalism.

It was not allowed to talk or write about the famine, and it was almost 50 years after the Ukrainian “genocide through famine” that people started talking about it, monuments started to emerge and people started to pay tribute to the dead.

Victor Kravchenko, an expert in metallurgy and in-charge of a rolling mill at Nikopol, witnessed the Great Famine and wrote about these experiences in his autobiography, I Choose Freedom (1947):

“People dying in solitude by slow degrees, dying hideously, without the excuse of sacrifice for a cause. They had been trapped and left to starve, each in his home, by a political decision made in a far-off capital around conference and banquet tables. There was not even the consolation of inevitability to relieve the horror. … Everywhere were found men and women lying prone, their faces and bellies bloated, their eyes utterly expressionless.”

Nina Karpenko, who had witnessed and suffered the Great Famine, shared the horrors of starvation with the BBC. According to her:

"There was a deathly silence because people weren't even conscious. They didn't want to speak or to look at anything. They thought today that person died, and tomorrow it will be me. Everyone just thought of death."

The horrors and pain of Holodomor in Ukraine are unimaginable. Millions died because of the political decisions that led to economic crisis and eventually the Terror-Famine. The world can’t do anything about it now except for remembering the suffering of those who died slowly, painfully and in agony. But it looks like the world isn’t paying attention now either.

If the world had learned anything from the Great Famine in Ukraine, Yemen wouldn’t be facing more or less the same situation in the present day.

Saudi Arabia’s blockade of entry points to Yemen threatens to plunge the war-torn country into a famine that could starve millions of people. The Saudi-led alliance fighting Houthis in Yemen tightened its air, land and sea blockade of the country after a ballistic missile was fired towards Riyadh, on Saturday.

Three years into a vicious conflict, the war has all but destroyed Yemen’s health, water and sanitation systems. The poorest country in the Gulf depends on imports, amounting to up to 90% of its daily needs, and millions –including children - in the country are being kept alive by humanitarian aid.

After the blockade by Saudi Arabia, the war-torn country has been pushed to the brink of famine and has caused a mass cholera epidemic. While Yemen suffers from a catastrophic humanitarian crisis, the Saudi-led coalition is preventing flights carrying much-needed humanitarian aid for the survival from landing.

According to Al-Jazeera, hundreds of elderly and sick Yemenis "will die within the next week", unless Saudi Arabia lifts the blockade and allows urgent supplies in the country.

The warning for one of the worst famine the world has seen in decades came from UN official Lowcock, who visited Yemen late in October. According to UN’s coordinator of humanitarian aid:

"I have told the Council that unless those measures [blockade by Saudia] are lifted ... there will be a famine in Yemen. It will be the largest famine the world has seen in many decades, with millions of victims” he said and added, “What kill people in famine are infections […] because their bodies have consumed themselves, reducing totally the ability to fight off things which a healthy person can.”

I understand, the rebel’s firing on to Riyadh is an outrageous act, but what’s more outrageous is Saudi Arabia’s reaction to it. By blocking the entry points to Yemen, it’s pushing the battle-weary country into a greater humanitarian crisis.

When Terror Famine was forced upon the Ukrainian people, the Kremlin requisitioned more grain than farmers could provide. When the peasants resisted, Brigades came and took everything. As the hunger mounted, authorities closed the borders so that people couldn’t go abroad and get food.

The same is happening in Yemen. There is no food left in the country; the war has taken its toll; water and sanitary systems have collapsed and the blockade by Saudi Arabia is taking away their only hope for survival – the foreign aid.

It took 50 years for the world to realize the hidden holocaust that happened in Ukraine, but it is hoped that the one in Yemen will not reach that stage. To prevent yet another Holodomor, the world leaders need to put pressure on Saudi Arabia, so that people in Yemen don’t wait for death by hunger the way the Ukrainians did.