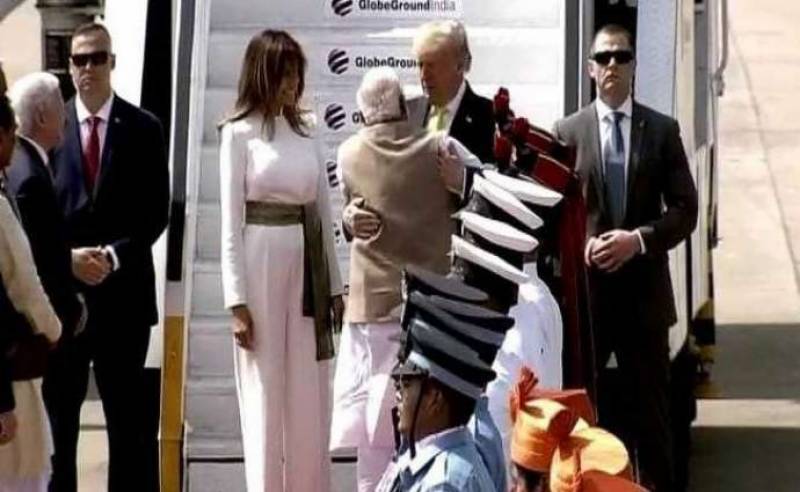 In a tweet Siddaramaiah said, "If BJP feels Kashmir has returned to normalcy, and if BJP feels that there is no government-orchestrated violence. Now is the time to prove the same by hosting Donald Trump's event at Kashmir.

"Siddaramaiah, who is Leader of Opposition in Karnataka Assembly, in another tweet hit out at Prime Minister Narendra Modi on the long wall built near the airport in Ahmedabad to block view of a slum, ahead of Trumps visit. It is time for Donald Trump to get inspired from Narendra Modi. Inspiration to build decorative walls to hide not so decorative life!", he tweeted.

Trump, accompanied by First Lady Melania Trump and a high-level US delegation, arrived in Ahmedabad around noon on Monday for a less than 36-hour-long trip to India.