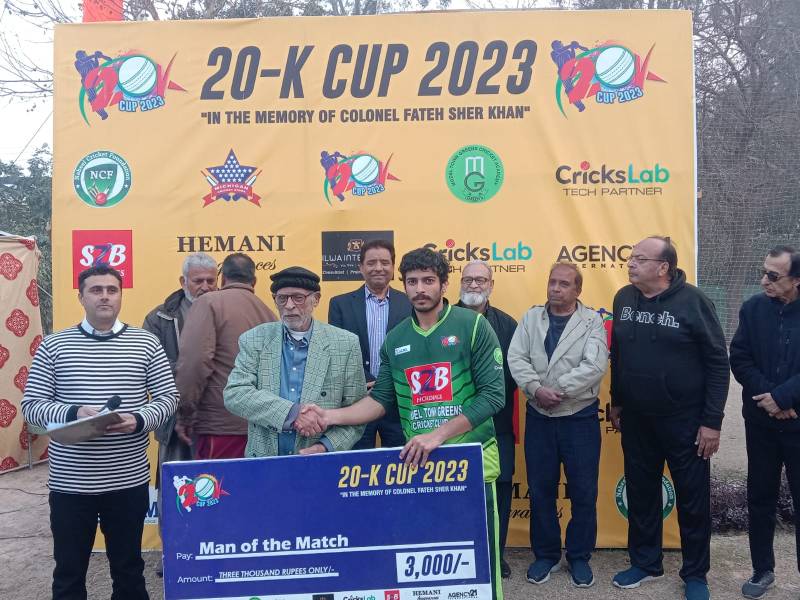 Besides Model Town Greens, the other three semifinalist teams are Model Town Club, Ludhiana Gymkhana and Cricket Center. The fourth quarterfinal was to be played at Pindi Gymkhana, but due to wet outfield, the match was shifted to Model Town Green Ground. Golden Star Club, batting first, posted 175 runs for the loss of 6 wickets in 20 overs.

Abdul Samad played the superb knock of 56 runs of 46 balls with the help of four boundaries and one six. Ali Raza also batted with authority and cracked 34, Raees Butt unbeaten 31 and Azzam ul Haq 22 runs. Ateeq ur Rehman bowled brilliantly and clinched 4 wickets for 33 runs.

Outstanding batting performance by Bilal Dar helped Model Town Greens chase the target in 19.4 overs for the loss of 3 wickets. Bilal played impressive unbeaten knock of 72 runs off 52 balls that included four boundaries and three sixes. Other notable performers were Abdul Wahab Dar (47 runs) and Muhammad Kashif (37), who helped the side reach home safely. From Golden Star, Sadaqat and M Naveed got one wicket each. Bilal Dar was declared player of the match for his superb batting performance.