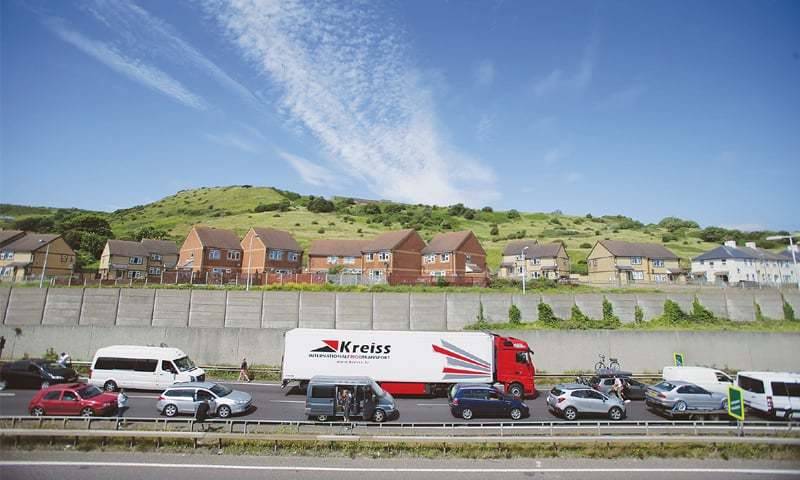 UNITED KINGDOM: British holidaymakers spent hours sweating in their cars as 15-hour queues snaked back from the port of Dover on Sunday due to heightened entry checks by French border police.

Stationary vehicles tailed back up to 12 miles (19 kilometres) inland from Dover, on England's southeastern tip.

The town is Britain’s main ferry port to Calais in northeastern France, 21 miles (33 kilometres) across the Channel.

Under a reciprocal agreement, Britain and France have border controls on the opposite side of the Channel.

“We recognise the security pressures that French law enforcement organisations are under at Dover and we have agreed the UK Border Force will assist the PAF (French frontier police) with border checks to remove the backlog,” said a spokeswoman for Britain’s Home Office interior ministry.

“There has been extraordinary disruption in the Dover area today but safety is paramount.”

Some people slept overnight in their cars.

The local Kent Police force said there was a 12-mile tailback, which it put down to a “vast volume of holiday traffic”.