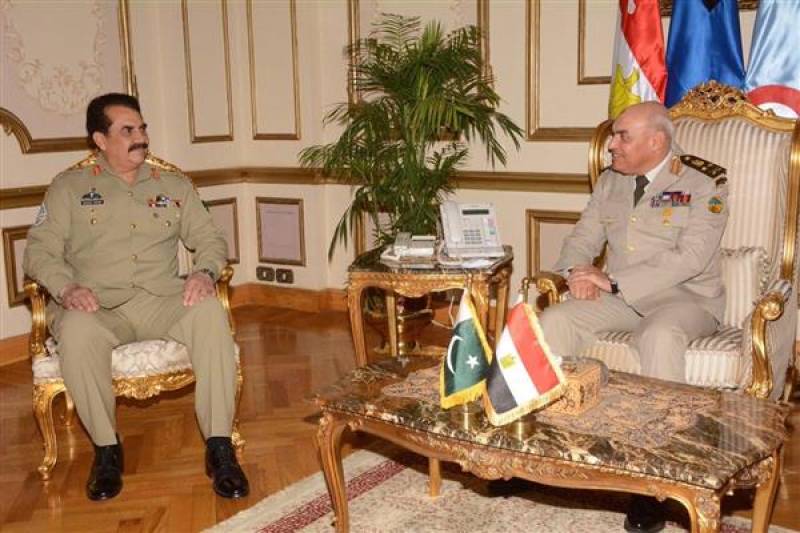 RAWALPINDI (Web Desk) - Chief of the Army Staff (COAS) General Raheel Sharif arrived in the Egyptian capital Cairo on a two-day official visit, according to the Inter Services Public Relation (ISPR), during which the Egyptian Chief of Staff and Defense Minister expressed an interest in benefiting from Pakistan's experience in fighting terror.

The COAS was presented Guard of honor at the Army Head Quarters. He also discussed Pak-Egypt military to military relations and enhanced defense and security cooperation with the Egyptian leaders.

Both sides vowed to synergies all efforts and resources to fight and eliminate terrorism.