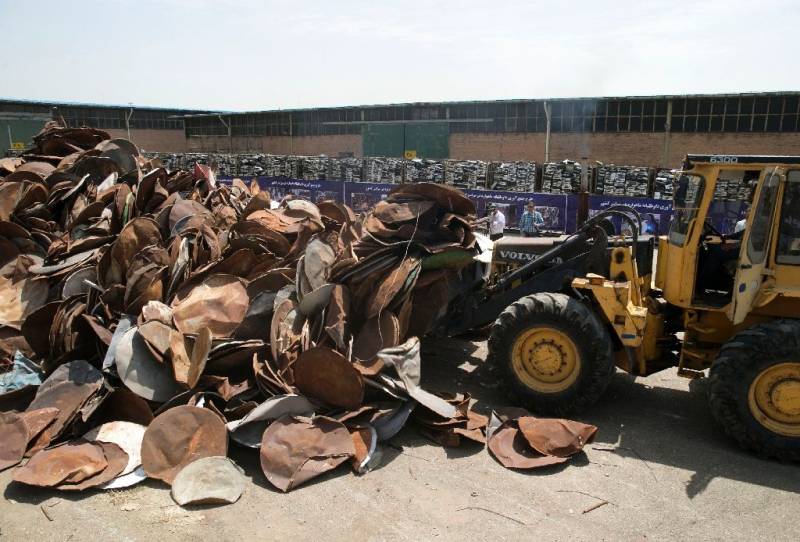 TEHRAN - Iranian authorities destroyed 100,000 satellite dishes and receivers on Sunday as part of a widespread crackdown against the illegal devices owing to the fear that the devices cause divorce, addiction and insecurity among citizens.

These devices were knocked down during a ceremony organized in the presence of General Mohammad Reza Naghdi, who heads Iran’s Basij militia.

“The truth is that most satellite channels deviate the society’s morality and culture,” he said at the event according to Basij News.

Naghdi added that a total of one million Iranians had already voluntarily handed over their satellite apparatuses to authorities.

“What these televisions really achieve is increased divorce, addiction and insecurity in society.” he said.

Under Iranian law, satellite equipment is banned and those who distribute, use, or repair such equipment can face a fine up to $2,800.

On the other hand, moderate President Hassan Rouhani has taken another line by repeatedly saying that the ban on satellite dishes is unnecessary and counterproductive.

Watch: Uninvited MBA student forced to do the dishes at Indian wedding ceremony