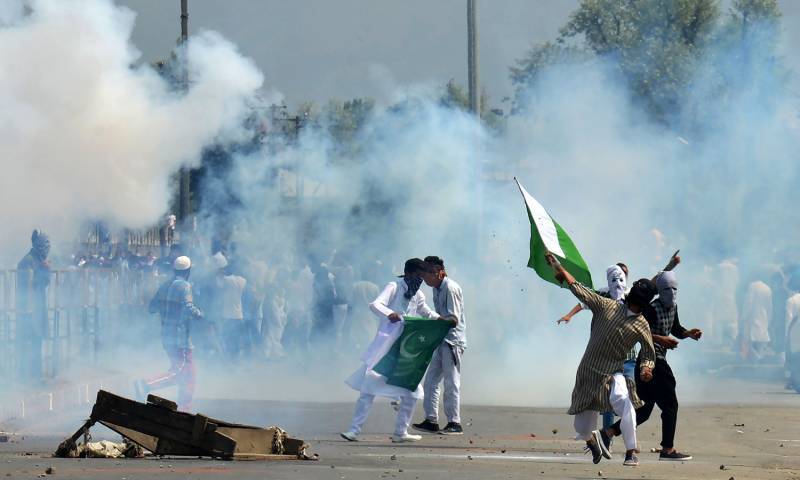 KASHMIR - Indian atrocities in occupied Kashmir are on the rise after the protests against the killing of insurgent leader Burhan Wani engulfed the valley for a second week. The death toll from clashes between protesters and security forces has swelled to 56, while many others have been injured.

The people of Kashmir have been braving a curfew and other restrictions for the last 17 days and still pin no hopes on the betterment of the overall situation.

Over 5,000 people have been injured due to excessive force used by Indian troops and police on peaceful protesters. A number of All-Parties Hurriyet Conference leaders have also detained in the same period.

The leaders also extended their shutdown call till Friday (July 29).

On the other hand, protests continued to be held across the globe, including some Indian states, against the killing of Kashmiri people by Indian forces.

Peaceful demonstrations around the globe are being organised to show solidarity with the oppressed residents of Kashmir.

US urges India to restore political activities in occupied Kashmir