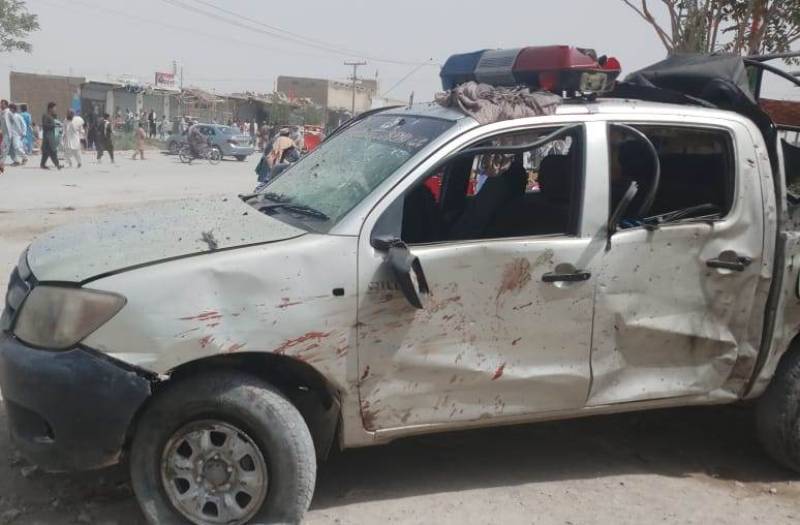 QUETTA - At least 31 people, including five police officials, were martyred and scores injured in a suicide attack in the Bhosa Mandi area of the provincial capital on Wednesday.

The attack targetted the convoy of DIG Abdul Razzaq Cheema, who remained safe, near a polling station named Tameer-e-Nou on the Eastern Bypass. PB-31 and NA-266 fall in this constituency.

The injured persons have been shifted to different hospitals for medical treatment, while emergency has been declared in the hospitals. Health officials said that three policemen and two children are among the deceased persons.

Security forces have cordoned off the area to gather evidence, while investigations into the matter are underway.

Police confirmed that it was a suicide attack and the bomber wanted to cross into the polling stations for more damages.

The ISis has claimed responsibility for the deadly attack in Quetta, international media reported.

Caretaker Prime Minister Nasirul Mulk condemned the terror attack and extended condolence to the families of the victims.

The Election Commission of Pakistan has condemned the terror attack in Quetta. It has also summoned a report from the provincial interim government on the incident.

Leaders of various political parties have condemned the suicide attack.

Condemnable terrorist attack in Quetta by enemies of Pak seeking to disrupt our democratic process. Saddened by the loss of innocent lives. Pakistanis must defeat the terrorists' design by coming out in strength to cast their vote.

Heart broken to learn of martyrdom of innocent people including police officials & injuries sustained by others in a terrorist attack in Quetta at a time when the people are exercising their democratic right of vote. My profound condolences to the bereaved families.

The blast took place on the day Pakistan is holding general elections for which the polling procedure has started, with over 1,2000 candidates vying for 270 national and 570 provincial assembly seats.